Two of Donald Trump's closest advisors in the White House, daughter Ivanka Trump and son-in-law Jared Kushner, aren't depending on government salaries for their financial needs, new disclosers show. The Washington Post reports that the couple have disclosed at least $36 million in income from outside the White House last year.

Trump and Kushner's minimum combined income, required to be disclosed every year, came to $36.2 million in 2019, a little more than $7 million higher than the $29 million they disclosed the year before that. The situation has been sharply criticized by government ethics experts who have called out Kushner's continued stake in his family's real estate company, Kushner Companies, while working in the White House, a breeding ground for corruption and other conflicts of interest. 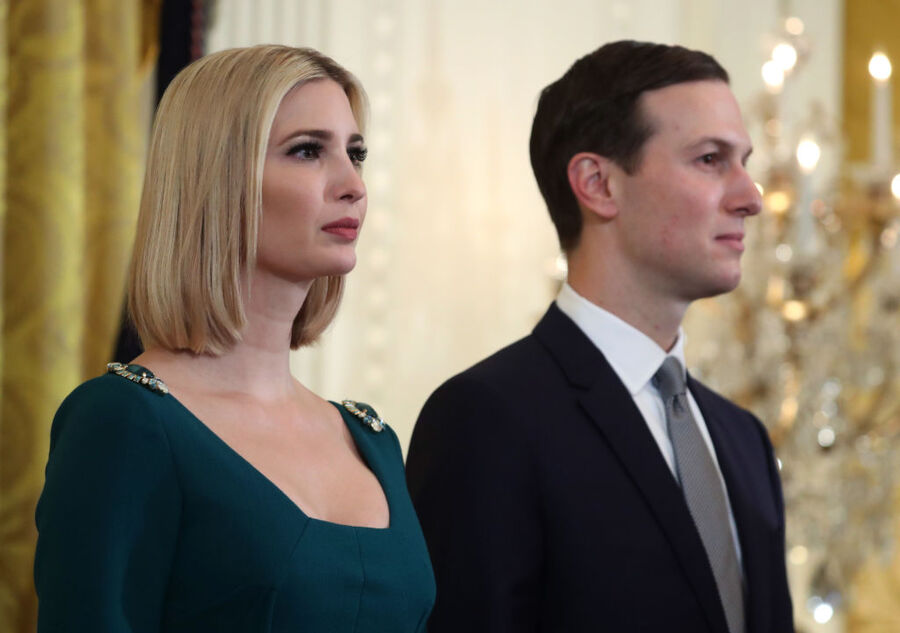 Ivanka Trump also refused at first to relinquish her stake in jewelry and apparel brand, but public backlash caused her to shut the brand down in 2018, which is why she disclosed a range of only $100,001 to $1 million in "rent or royalties" for 2019 (the financial disclosures only require ranges of income and loss as opposed to exact figures). She also disclosed a $3.9 million fixed dividend from her stake in Washington DC's Trump International Hotel.

The couple also disclosed significant financial liabilities for 2019. Between $22 million and $110 million to be precise (or at least as precise as these disclosures have tended to be), including between $5 million and $25 million in debt held with a group called Times Square Associates. This debt is reportedly held jointly between Kushner and Trump along with the Times Square Associates business entity.