ISIS Is The Wealthiest Terrorist Organization In History… How Exactly Did They Acquire This Wealth?

The already incredibly dangerous terrorist group, ISIS, led by Abu Bakr al-Baghdadi, is the wealthiest terrorist organization in the world, only increasing the risk they pose to the rest of the world. With an estimated $2 billion fortune, the group can afford to pay foreign fighters to join their ranks, and could potentially move outward to attack in the west. How have they been able to amass so much money?

Well, a lot of it is thanks to oil. The organization makes more than $1.5 million EVERY DAY in crude oil sales, but they get money other ways, too: income taxes of 20 percent over a population of 10 million people, 40 percent control of Iraq's wheat production, and nearly $46 million in kidnapping ransoms every year.

But oil is the real gold mine. ISIS controls 10 oilfields through Iraq and Syria, an area that has been dubbed as the militants' "black gold." Oil meets energy needs for the civilians living in ISIS-controlled territory, and it provides fuel to the war machine. Perhaps most discouraging, a lot of forces that oppose ISIS depend on them for oil. ISIS sells 34,000-40,000 barrels of crude oil every single day to independent traders, earning their more than a million dollar per day fortune.

The oil is smuggled through a black market network of traders, and is consumed in Turkey, Iran and Jordan. The militants also control eight power plants throughout Syria, and 90 percent of its power grid–and the power grid of regime-controlled territory – is powered by gas.

Capitalizing off the fear of people trying to flee, ISIS requires civilians sign over car titles and family homes simply for leaving the territory for two weeks. Christians have to pay a "protection tax" unless they convert to Islam. Business revenues get taxed by 10 to 15 percent, and everyday purchases are taxed by two percent. Oh, and ISIS has also stolen money from two state-owned banks in Mosul, plus an additional 90 banks that are privately owned. 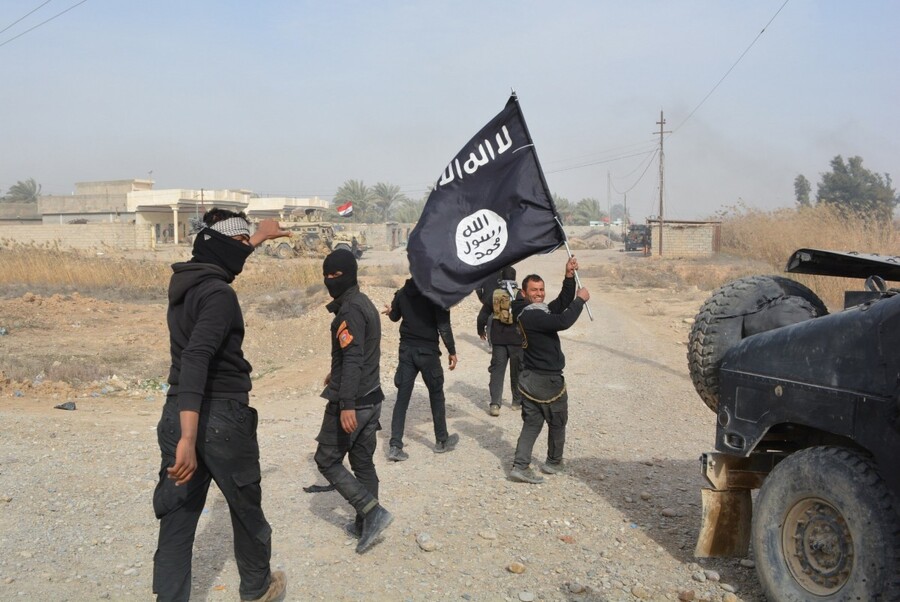 ISIS' most recent attack was the terrible massacre of civilians in Paris that left at least 140 people dead, and according to Steve Killelea, Executive Chairman of the Institute for Economics and Peace, it's a sign that they're more than capable of expanding beyond just the Middle East with their attacks. Killelea says ISIS is essentially functioning as its own state within Syria and Iraq, with a black market economy and extortion tactics that rival famous mafias of years past.

The annual Terrorism Index was just released, and ISIS is at the top of the deadliest terrorist group, alongside Nigerian-based Islamic militants Boko Haram.  ISIS is responsible for 6,073 deaths in 1,071 terrorist attacks in this past year alone, and has also contributed to 20,000 deaths through battlefield attacks. Since 2000, the people who have died from terrorist attacks has increased ninefold. Last year, the majority of terrorist attacks occurred in Afghanistan, Pakistan, Syria, Nigeria and Iraq, but the rest of the world has seen an increase, as well: since 2011, the number of terrorist incidents has increased by 300 percent.

In just the first six months of 2015, about 7,000 foreigners have joined terrorist groups within Syria and Iraq. That brings the total to somewhere between 25,000 and 30,000 foreign fighters since 2011. Europe comprises about 21 percent of foreign fighters, and Middle Eastern and Northern African countries make up another 50 percent. Perhaps most impressively, ISIS pays their foreign fighters very well. They can earn anywhere between about $380 and $1220 a month.

These figures come from the Global Terrorism Index, who also suggests that a "lone wolf" attack is the biggest threat to the West. These are individuals who are inspired by terrorist groups, but aren't actually taking orders from them.

ISIS isn't likely to go broke anytime soon, either. The group publishes an annual report with its business strategy of terror and destruction, as well as expenses, including suicide missions. This demonstrates a transparency, and even a professionalism, within their business model. They're not as unstable as other terrorist groups, as they can hold territory that they tax and continue to raise and create additional taxes, increasing revenue as they see fit.