You may be familiar with the concept of the glass-bottom boat (if not, it is what it sounds like), but the principle that allows such a craft to exist doesn't really apply in the world of ultra-modern jets. Technology tends to fill in such gaps, however, which is exactly what has happened with the ACJ319neo Infinito, a recently unveiled private jet from Airbus and supercar brand Pagani. Instead of a transparent roof that lets passengers look up at the sky, this $100 million private jet features live projections of the surrounding environment on the ceiling of the cabin, and that's only one of a plethora of luxury amenities.

In addition to live views of the surrounding skyscape and colorful sunsets, the Infinito ceiling can be converted to project images of a starry night sky, allowing passengers to sleep under the stars without risking a loss of cabin pressure. Interactive maps and other content can also be projected onto the ceiling using the Infinito technology, according to Airbus at the plane's unveiling in Geneva, as part of the European Business Aviation Convention and Exhibition. 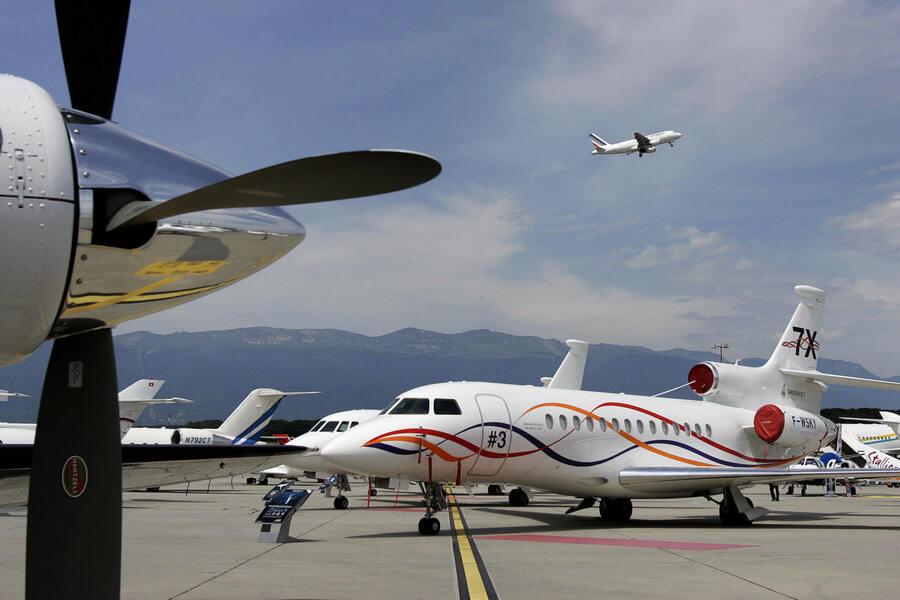 This is not the ACJ319neo Infinito – FABRICE COFFRINI/AFP/Getty Images

The plane's "virtual sky" is joined by a cinema room for home theater-like film viewing, a dining area, bar, and a spacious double bedroom. Almost everything inside is decked out in cream and tan leather, inspired by luxury sports car interiors, a connection made explicit in a statement from Airbus' managing director Benoit Defforge:

"In bringing together the best of the supercar and business jet worlds, we enable an elegant and seamless link for customers of both, while bringing a fresh approach to cabin design and satisfying very demanding standards."

A standard Airbus A319neo, without this new Infinito interior, will set you back $99.5 million, so an extra five hundred grand for it is really a no-brainer. It seats eight people in… well, "comfort" doesn't seem like a strong enough word for such accommodations, and it can travel as many as 7,800 miles non-stop. Details on when the plane will be available for flying are still to come.