How Much Money Does Howard Stern Make Per Year?

Howard Stern has a job that many of us would take for grocery money – chatting in his plush studio with some of the most fascinating figures in the world. But you or I don't have the audience that Stern's built for himself over the years, one that Sirius XM satellite radio famously pays through the nose to get.

Howard joined Sirius in 2006. At that point the satellite platform had 600,000 subscribers and was losing $226 million per year on revenues of $13 million. Today the combined SiriusXM service has 35 million paying subscribers and generates $1.8 billion in profits on $7.2 billion in revenue.

When you hear that number, it actually doesn't mean that Howard earned $500 million personally. With many radio contracts for high-profile shows, the total deal value covers all show production costs. That means Howard has to pay all show salaries, producing costs… etc out of his pocket.

Howard renewed his contract in 2010 with another five-year $500 million deal. In December 2015 he signed a new 5-year deal with Sirius.

On December 9, 2020 it was confirmed that Howard had signed a 5-year extension with Sirius that reportedly is worth $120 million per year, or $600 million total.

We estimate that Robin and Gary earn $10 million and $4 million per year, respectively. That alone is $14 million. If you conservatively assume $10-15 million in additional costs, Howard would be personally left with around $90 million out of $120 million, before taxes and agent fees. Agents typically take around 10%, bringing the number down to around $80 million. Taxes would take another roughly half, leaving Howard with net income of $40 million per year.

If Howard maintains his current schedule of three new shows per week, roughly 40 weeks a year, that works out to 120 shows per year. Using 120 new shows per year and $40 million in net earnings, after all costs Howard Stern makes $333,333 per show. Basically a brand new Ferrari every time he broadcasts. 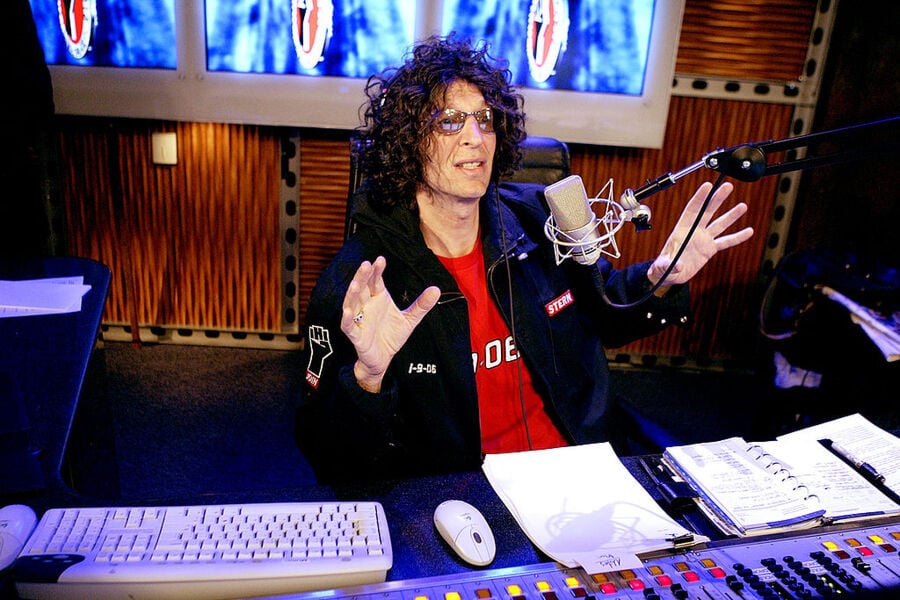 Stern is also enjoying a career renaissance in the publishing world. May 2019 saw the publication of Howard Stern Comes Again, a collection of transcripts of his best interviews, or as he prefers to characterize them, conversations, with guests on his talk show (including famous names like Madonna, Jerry Seinfeld, Mike Tyson, Billy Joel, Lady Gaga, and more), along with new commentary by Stern. It hasn't been reported how much Stern made to write the book, his third, but it is known that Simon & Schuster (which published Stern's earlier book Private Parts) was very enthusiastic to get back into the Stern business, so it figures that they probably shelled out a generous advance and additional compensation to Stern for his work on the book.

He may be at least a hit TV show and movie (and possibly a hit single or two) away from literally being King of All Media, but Howard Stern is nevertheless making plenty of money on an annual basis.