How Much Is Al Cowlings' White Ford Bronco From The O.J. Simpson Chase Worth?

The sight of the 1994 white Ford Bronco from the O.J. Simpson chase is one of the most iconic moments in modern history. The car was owned by Al Cowlings, Simpson's friend and former teammate. Simpson rode in the back during the chase, refusing to turn himself in around the murder of his ex-wife Nicole Brown Simpson and her friend Ron Goldman.

The chase through Los Angeles, which spanned 60 miles at low speeds, was broadcast live around the world. And it made the car a national symbol. Simpson's former agent, Mike Gilbert, purchased Cowlings' car soon after the chase. It's been out of the public eye for the most part, only resurfacing in the past few years in Alcatraz East Museum in Tennessee.

But now, Gilbert is looking to sell the Bronco. And he could make a HUGE profit. 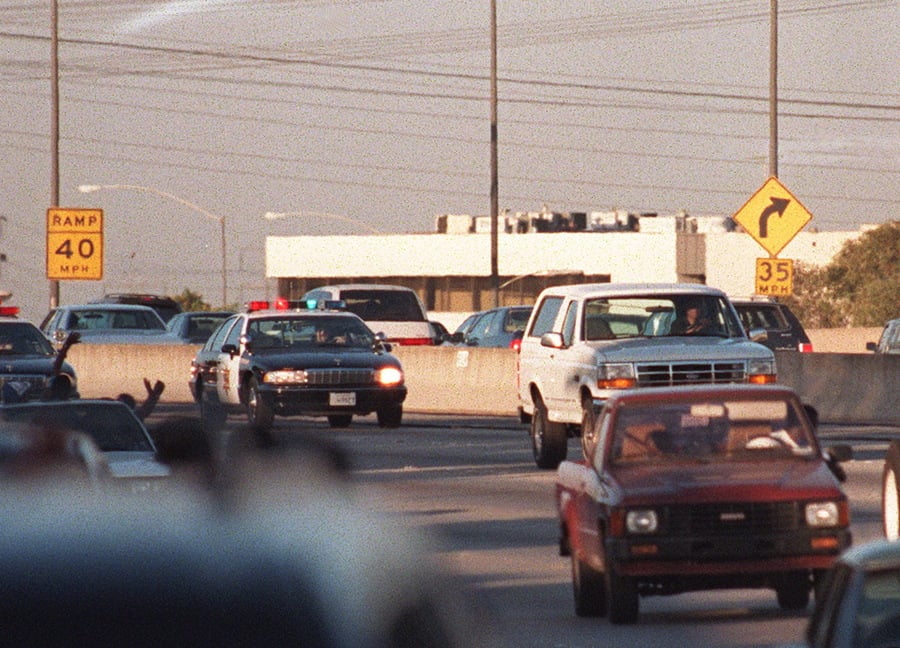 Gilbert has said he's fielded offers as high as $500,000 for the Bronco. He's hoping to sell the car so he can give the money to his kids.

Gilbert initially bought the Bronco in order to keep it out of "distasteful" tours. But as time has gone on, he realizes he's sitting on a potentially lucrative investment. No reports of any potential buyers – but you figure someone will want a piece of history soon enough.