How Much Does A Doctor Make?

If you're thinking about a career in the medical profession, you've probably asked yourself how much does a doctor make? Doctors have many different specialties, but the most experienced MDs are highly skilled at making a high salary.

In their early years, doctors train and work long hours, with the distinct possibility of continued long hours in their chosen medical field in the future. Rates for doctors can vary depending on their area of specialty, whether internal medicine, anesthesiology, neurosurgery, pediatrics, emergency medicine or a list of numerous other specialty practices. Factors that affect physician salaries including overhead costs, geographic location, supply and demand, as well as insurance reimbursement rates.

The size of the city is often a factor in pay scale for doctors. Larger cities and bigger medical centers often provide higher salary ranges for doctors. The upper Midwestern United States has higher reimbursements on average than northeastern region, which typically has the lowest reimbursements, with some exceptions in each of these cases. 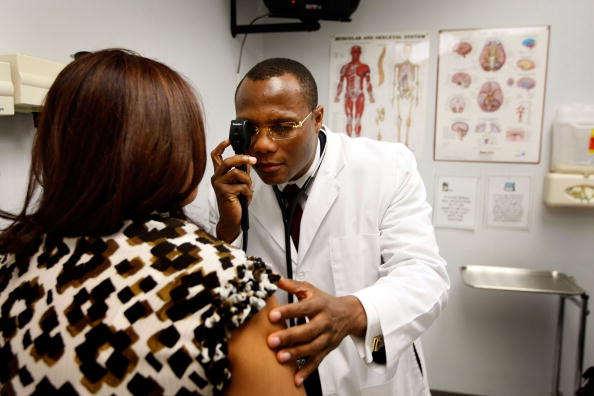 According to a report from the Medical Group Management Association in 2007-2008, the highest paying physician specialists are the following areas of practice:

The median hourly rate for doctors with specialties is:

When you equate the hourly rates of doctors as yearly salaries, the median annual wages per years of experience are as follows:

The median yearly salaries of doctors by specialty are:

However, let's not forget that the cost of attending medical school is not cheap and generally means a large investment of money, time and commitment when choosing to become a physician.

So, besides the good pay, the opportunity to help others, heal and provide quality health care are noble choices that may sway a doctor to take less salary in order to do good for others. Another perk of being a doctor? If you're also a handsome man, you'll be the most desired kind of guy in the world. It worked for George Clooney!