How Much Does A Chiropractor Make?

Chiropractic has a history of being controversial within the realm of medicine. Mainstream medicine generally believes that Chiropractic is not based in science the same as mainstream medicine, while some chiropractors have significant disagreements about vaccinations. Chiropractors have similar attributes of primary care providers, however, chiropractic is more closely aligned with medical specialties such as podiatry or dentistry. Chiropractic techniques for treatment involves manual therapy, which includes manipulation of soft tissues, the spine, and other joints; chiropractic treatment may also include lifestyle and health counseling as well as physical exercises. 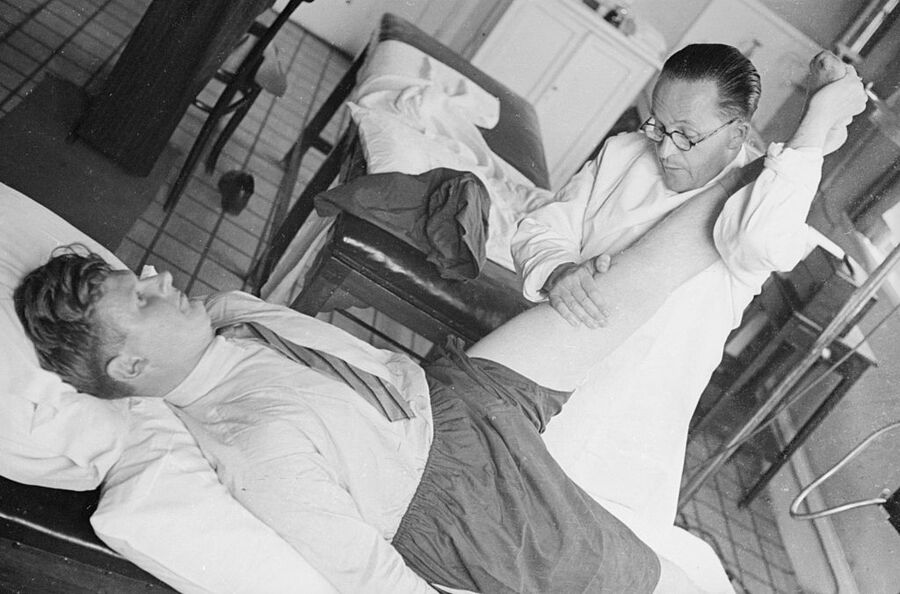 Chiropractors healthcare approach is focused on a patient's complete health. Chiropractors do not use drugs or surgery, instead relying on natural treatments that rely on the recuperative abilities of the body. Chiropractors recognize the myriad of factors that may affect health much the same as family practitioners, including heredity, diet, rest, environment, and exercise. Chiropractors, much like medical doctors, will recommend lifestyle changes to improve overall health. In specific cases, chiropractors may refer patients to other health professionals.

Chiropractic employment should be good, especially doctors who join a multi-disciplined practice, and is projected to grow faster than average. Chiropractors who enter a multi-disciplined practice with a medical doctor and physical therapist allow patients to remain in-house and are cost effective. Chiropractor jobs are expected to increase 20 percent between 2008 and 2018. Licensed chiropractors can purchase an established chiropractic business, enter into partnership with another chiropractor, establish a new chiropractic office, or work directly with a healthcare facility or a group practice. All States and the District of Columbia grant licenses to chiropractors meeting the examination and educational and requirements established by the State. Chiropractors can only practice in the states where they are licensed.

How much does a chiropractor make per hour?

A May 2009 Bureau of Labor Statistics report shows the median hourly wages for chiropractors was $38.65.

How much does a chiropractor make per hour?

Offices of Other Health Practitioners $38.40

How much does a chiropractor make per year?

The median yearly salary for chiropractors according to a May 2009 Bureau of Labor Statistics report was $80,390.

Offices of Other Health Practitioners $79,870