How Much Does An Actor Make?

How much does a actor make? Acting as a profession is a difficult one to make a living. Competition is fierce for roles and few actors earn a year round living due to the cyclical type of work available for actors. Actor's often choose to teach acting as another way to earn a living in addition to their professional acting salary.

Actors play roles in television, radio, on stage, video, or motion picture productions for information, instruction or entertainment. Acting is the use of the voice and/or body to interpret a role from a written script or play to entertain or inform audiences. 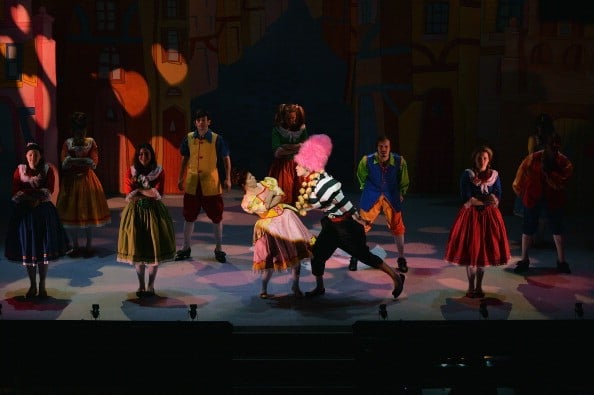 Actors employment is expected to grow as fast as average for all acting occupations through 2018. Acting jobs are difficult to obtain because of a large number of highly trained and talented actors competing for a limited number of roles. Employment for actors can be sporadic with most actors supplementing their incomes by holding secondary jobs in other occupations.The job to job reality of acting and the rejection factor during auditions often defeats people who wish to become actors, causing them to leave the industry. As a result very few actors become stars.

The Bureau of Labor Statistics 2008 report states in the U.S. a total of 56,500 actors held paying jobs. Actors often live in New York and Los Angeles for television, screen and stage jobs, however regional theater provides stage actors work all over the country. Actors may work for motion pictures, Broadway shows, television, as well as summer festivals, theme parks, cruise lines, and as drama teachers.

How much does a actor make per hour?

In a May 2008 report by the Bureau of Labor Statistics the median hourly wage for actors was $16.59. The middle percent of actors that year earned between $9.81 and $29.57. In performing arts companies, median wages were $14.48 and $28.72 in the motion picture and video industry.

According to a May 2009 report by the Bureau of Labor Statistics, actors in various acting industries made a wide range of hourly wage, with film work more lucrative to stage work overall.

The May 2009 report by the Bureau of Labor Statistics states the median hourly wage for an actor is $28.79 an hour.

How much does a actor make per year?

The May 2009 report by the Bureau of Labor Statistics shows an annual salary of $39,880 for actors in various acting industries.

Salaries of U.S. actors from Payscale.com provides a range of earnings from current calculations of the profession: