How much does a writer make? Writers earn an average to good salary depending on the type of writing industry they are working in.

Writers create fictional stories, or write about real or historic events. Writers write articles, books, trade journals, magazines, online publications, company newsletters, and advertisements. They write for radio, television, and newspapers. A writer's works are classified as either fiction or nonfiction. Writers may be identified by the writing style they have, such as playwrights, biographers, novelists, and textbook writers. With the creation of the internet, writers write for online magazines, blogs and newspapers as well. Writers can develop content using multimedia formats that can be viewed onscreen, read, or listened to. 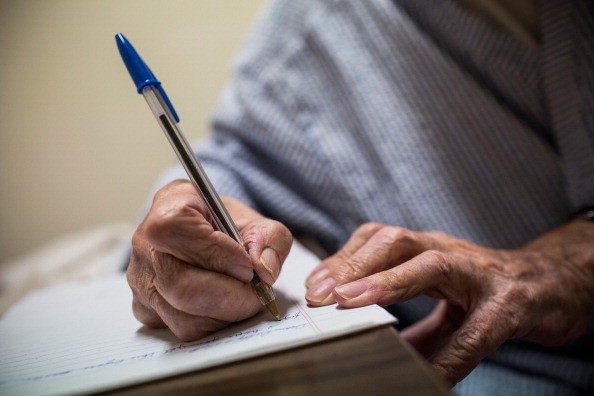 There is an increasing number of freelance writers who are self-employed and make their living by selling their written content to publishers, news organizations, book and magazine advertising agencies, to television producers movie, or theater companies, or or by working under contract with different organizations.

Employment for writers is expected to grow as fast as average, although there will be competition for writing and editing jobs since many people are interested in this occupation. Downsizing is happening with some companies since 2009, something to take into consideration when pursuing writing work.

Writing positions generally require a college degree in journalism, English or communications. Writers with Web or multimedia experience have an advantage with the growth of online publications and services. Writers advance in their industry by building their writing reputation, getting published in prestigious markets and publications, and taking on more difficult writing assignments. Writers body of published work is the main way writers earn advancement. Most editors begin their careers as writers.

Writer, author and editor positions are expected to grow 8 percent from 2008 to 2018. Writing jobs tend to be concentrated in major entertainment and media markets such as Los Angeles, New York, Chicago, Boston, and Washington, DC. The creation of the internet, telecommuting jobs and the online media allows writers with Internet capabilities to work from almost anywhere. Experienced writers, particularly editors, are sought after for online work, opening a new industry of online writing jobs for writers.

How much does a writer make per hour?

A May 2009 Bureau of Labor Statistics report shows the median hourly wages for writers and authors was $31.04.

How much does a writer make per year?

The median yearly salary for writers and authors according to a May 2009* Bureau of Labor Statistics report was $64,560.