How Much Does A Lamborghini Cost?

On July 25th 2011 Lamborghini announced that they are expanding their brand into China by opening a new dealership in the gambling hub Macau. The Italian sports car company now operates 15 dealerships throughout China. But exactly how much does a Lamborghini cost? If you're into fast cars, things pertaining to Italian culture, or if you just plain have the big cash to buy big-buck things, you might be wondering how much money you need to buy a Lamborghini. Is the Lamborghini one of the most expensive cars in the world?

The cost of a given Lamborghini is determined by the following questions:

• In what year was the Lamborghini made?

• What's the model of the Lamborghini?

• Where is the Lamborghini being purchased? (If you purchase the Lamborghini in Italy or somewhere else in Europe, and especially if you want to have the car transported overseas, expect to pay more than you would in the United States or Canada.)

• How much auto insurance are you willing to pay to protect the Lamborghini that you purchase?

• If you truly want to purchase a Lamborghini, and you don't have all of the money up front, then how are you legitimately and legally going to fund the purchasing of this very expensive car? 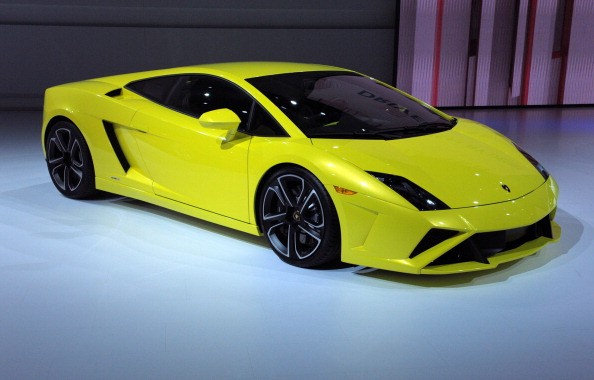 Now that you know the base prices of a Lamborghini, you need to factor in additional expenses.

As mentioned, you're going to need auto insurance, and hefty amounts of it. A Lamborghini is a pristine and very much desired car. (Given the choice between stealing a used Toyota Corolla and a used Lamborghini, most knowledgeable and tasteful thieves would opt for the latter.) Expect to pay thousands of dollars in insurance each year if you purchase a Lamborghini, especially if you live in the Los Angeles area, the New York City area, or the Miami area.

Also, expect to pay hefty amounts to keep your Lamborghini secure. Not only will you need an in-car security system, if the Lamborghini does not already have one, but you're going to need a safe environment at your home or condo to keep your car protected. No reputable dealer of Lamborghinis will tell you to keep the car parked in a street, no matter how safe or quality the neighborhood in which you live. That goes for Beverly Hills, the most expensive neighborhoods around San Diego, the Madrona neighborhood of Seattle, or what have you. So not only do you need lots of money to purchase the car, but lots of money to buy a home in which to keep it!

If you're dead-set on getting a Lamborghini, the following information might be of great interest to you.

Famous models of Lamborghinis include:

• The 1987 Portofino (in conjunction with Chrysler Corporation)

• The United States, where customers purchase 41% of the market share of Lamborghinis.

• Germany, where customers purchase 13% of the market share of Lamborghinis.

• The United Kingdom, where customers purchase 9% of the market share of Lamborghinis.

• Japan, where customers purchase 8% of the market share of Lamborghinis.