How LeBron James Spends His Money

It's good to be King. When it comes to LeBron James, he is the current undisputed king of the NBA and he continues to have huge year after huge year and rakes in the salary, endorsements, and other benefits that go along with that. At just 30 years old, LeBron has won two NBA Championships, four NBA Most Valuable player Awards, two NBA Finals MVP Awards, two Olympic gold medals, and NBA scoring title, and NBA Rookie of the Year Awards. He's been selected to 11 NBA All-Star teams, 10 All-NBA teams, six All-Defensive teams, and is the Cleveland Cavaliers' all-time leading scorer. He was selected with the first overall pick of the 2003 NBA draft, right out of St. Vincent-St. Mary High School in Akron, Ohio.

LeBron may be King, he may have hundreds of millions of dollars, fancy cars, enormous houses, and all the trappings of wealth and fame, but by all accounts, he's still a pretty low-key chill guy with a surprisingly normal family. 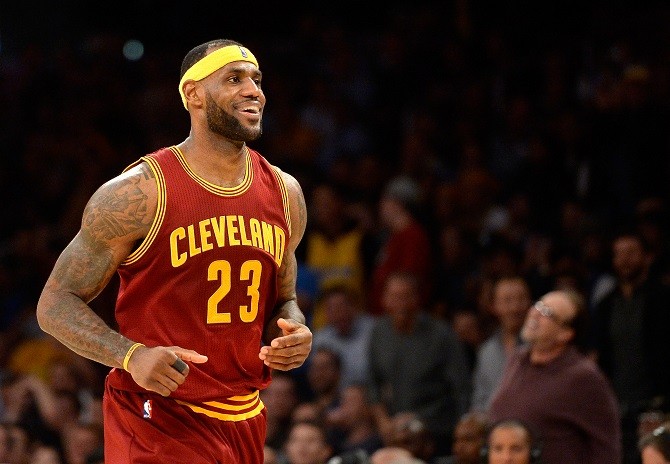 Well, he's a low-key, chill guy with a heck of a lot of money to play with. This is how he spends it:

LeBron has made $150 million dollars in career NBA salary. He's made hundreds of millions more from endorsements. He currently has a net worth of $270 million. And, as we mentioned, he's only 30 years old.

LeBron has also lined the pockets of his former employer. It is estimated he added more than $110 million to Miami Heat owner Mickey Arison's net worth in the four seasons he played in Miami.

LeBron drives a Maybach 57, a luxury car that STARTS at $375,000. He also owns a Rolls-Royce Phantom, complete with TVs in the seats and several Ferraris.

His home in his hometown of Akron, Ohio is a 30,000 square foot compound complete with a two-lane bowling alley, recording studio, and barbershop.

When LeBron proposed to his high school sweetheart, Savannah Brinson, he did so with a $300,000 engagement ring. The couple has two children together.

But even with all his wealth and fame, LeBron keeps it real. One day he left the Maybach and the Rolls-Royce at home and rode his bike to a game.