Here's How Much Money Hillary And Bill Clinton Made In 2015

In a presidential campaign that is as much about secrets as it is about speeches, Democratic nominee Hillary Clinton released her tax returns last week to draw attention to Donald Trump's failure to release his. But did she reveal anything noteworthy herself?

The Clintons combined income dropped from $28.3 million to $10.7 million compared to the year before, mostly from a drop in speaking fees. Bill's speaking fees dropped from $9.7 million to $5.3 million, and Hillary's went from $10.5 million to $1.5 million. The income Bill received from his political and economic consulting company, WJC, LLC also dropped to $1.7 million in 2015 from $6.4 million in 2014. Thankfully, Johnny Carson is still paying him $100 for appearing on The Tonight Show in 1988 and playing the saxophone. 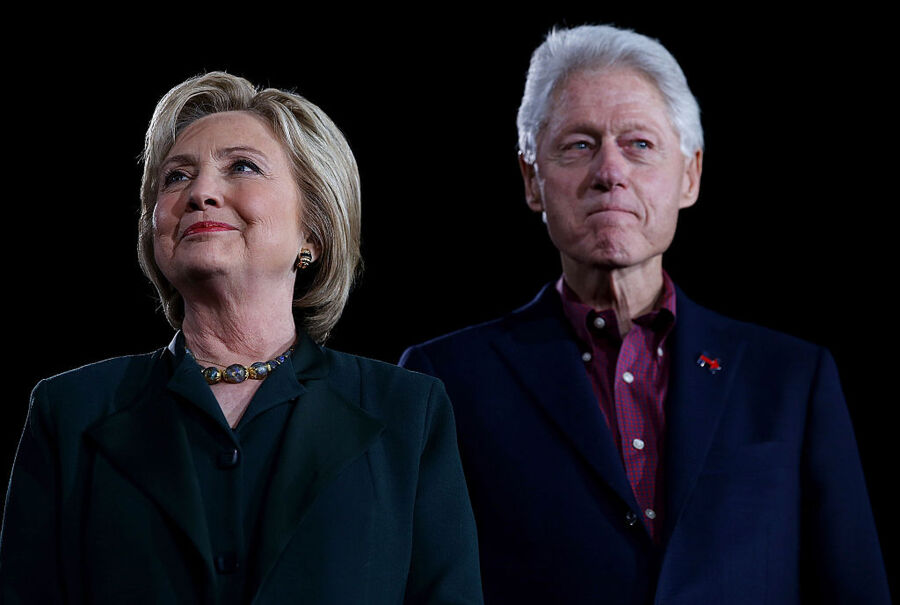 According to the tax returns, the Clintons paid $3.6 million in taxes, at a Federal tax rate of 34%. Interestingly, this is more than President Obama's long-touted "Buffett Rule" that Clinton also supports. The Rule would require all taxpayers with taxable income in excess of $1 million to pay taxes at a rate of at least 30%. Does this mean the Clintons weren't taking advantage of all the tax breaks and loopholes they could?

It's unclear whether the Clintons needed to pay the higher tax rate this year or not. But as Donald Trump is taking advantage of a $300 tax break for New York residents with an income less than $500,000, the amount the Clintons paid on their income taxes is relevant. It's another distinction between the candidates and their approach to handling money.

While the Clinton campaign, presumably, released the tax returns for the sake of transparency and to bash Donald Trump again, the move actually offered some insight.