As you may have heard by now, there's a Presidential election this year. Thanks to the two controversial candidates, Hillary Clinton and Donald Trump, this is easily one of the craziest elections of all time. So what is Hillary Clinton's net worth? Below is everything you need to know about Secretary Clinton's income, wealth and tax returns.

Hillary Clinton's current net worth is $45 million. But the first thing you have to understand about her net worth is that the VAST majority of her wealth has been generated in just the last 10 years. 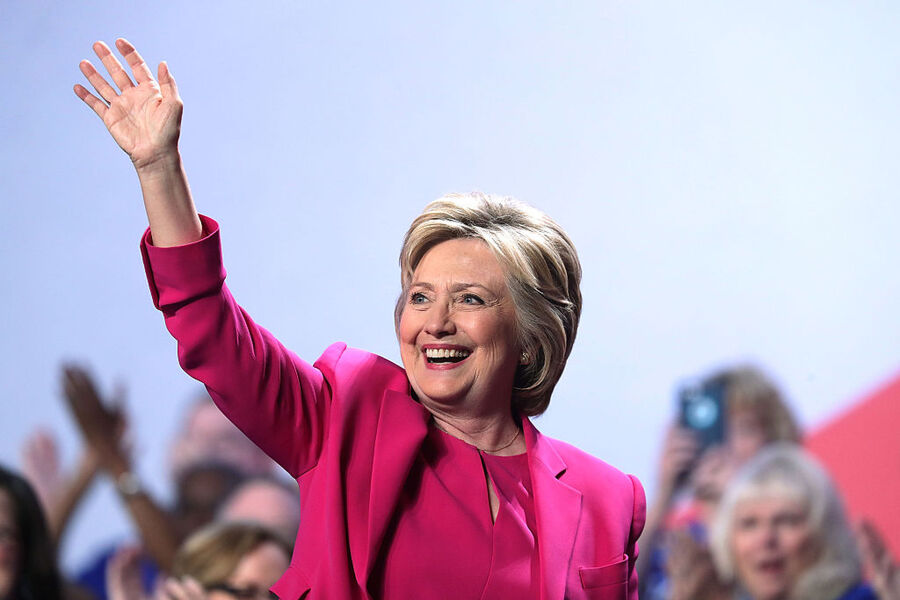 In 1992, the year Bill ran for president, the couple earned $280,000, the majority of which came from Hillary's activities.

In 2014, Hillary made headlines when she declared that she and Bill were "drowning in debt" when they left The White House in 2001:

"We came out of the White House not only dead broke, but in debt. We had no money when we got there, and we struggled to, you know, piece together the resources for mortgages, for houses, for Chelsea's education. You know, it was not easy."

When they left The White House and re-entered private life, the Clintons were $5 million in debt. Most of that debt was wracked up in legal fees that were used to defend Bill during his impeachment and the Paula Jones sexual harassment case. The Paula Jones case reportedly ended with the Clintons paying her an $850,000 out-of-court settlement.

Another big chunk of their debt came from a $1.3 million loan they took from a friend so they could buy a $1.7 million house in Chappaqua, New York. Buying this house allowed them to establish New York residency so Hillary could successfully become a New York Senator.

The Clintons Earn A Fortune

Hillary served as New York's Senator from 2001 to 2009, during which time she was unable to earn money outside of her $186,000 Senate salary. Bill, on the other hand, was free as a bird to earn as much money as he possibly could. One of the first things Bill did to earn money was to sell the rights to his autobiography. That auction ended up giving Bill a $15 million pre-tax payday, which was likely enough to clear all of their debt at once.

Hillary has also been money-earning machine. She earned $10 million in advances and royalties from her book Living History. In 2014, she was paid $14 million for the rights to a book to be delivered at some point in the future.

Hillary earns $225,000 per speech on average and has earned over $10 million from speaking engagements since 2009.