Here's How Much You'd Pay Per Month To Lease A $3.2M Pagani Huayra Roadster

By Joseph Gibson on November 4, 2018 in Articles › How Much Does

Usually when we think about ultra-expensive automobiles like the Pagani Huayra Roadster, we think of them in terms of how much it costs to buy them outright. And in fact, most people who are rich enough to think about buying such a car do so right up front. But Brett David, CEO of Miami upscale exotic car dealership Prestige Imports Motor Group, recently took to CNBC Make It to discuss the possibility of a lease on a car like the Huarya. It's something that in his line of work, he's yet to see:

"The majority of our clients are going ahead and writing a check to buy the car on the spot … We have yet to see a lease or finance on a million-dollar car. [But] if you want to lease the vehicle, that's something we can handle." 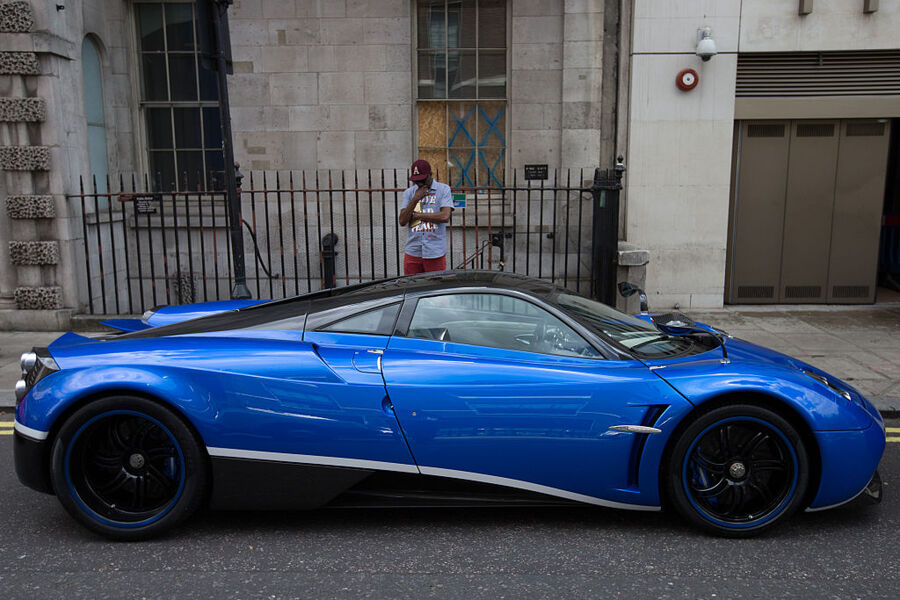 For an example of how much a lease would cost if someone did want to go that route, David used the Pagani Huayra Roadster Prestige, a $3.2 million beauty that costs more than half a million dollar more than the "regular" Pagani Huayra Roadster (pictured above). The down payment for such a vehicle, he says, would come to $800,000 (which happens to be more than twice the price of a new home in the US). Then, after that, the buyer would sign a 60-month lease at $35,000 a month!

A lease at Prestige Imports works a little differently than a lease at your typical car dealership. Normally, a leasee takes the car back at the end of the agreed upon lease period to either pay off any remainder and own the car outright, or trade it in for another lease on a newer car. Prestige Imports, on the other hand, offers a "finance lease," which means that the leasee in question would have to buy the car at the end of the lease, regardless. In the case of the Pagani Huayra Roadster Prestige, David says that would involve a final payment of $1.2 million, which would either be paid all at once or refinanced. For contrast, a new 2019 Toyota Corolla LE, will typically cost you around $250 a month on a 36-month lease.

David says another reason such leases on million-dollar cars is rare is that unlike normal cars, cars like the Pagani Huayra Roadster don't depreciate in value:

"The production of these cars is so low that it is very difficult to get a chance to have an allocation, therefore, the value of the cars does not fall."

He says his dealership currently has a waitlist of six people waiting on a Pagani Huayra Roadster, which can also be customized to the buyer's whims. And that's not the only privilege included with Pagani ownership:

"Everyone who buys the car has the option to go to the factory in Italy and meet the owner, Horacio Pagani … He's a living legend, sort of like Enzo Ferrari. Part of the experience is becoming part of the Pagani family and going to the factory and designing your car with them."

Perhaps if some multimillionaire decides to lease a Pagani, Horacio would be impressed by the iconoclast's unusual approach to Pagani ownership.