As is often the case when a piece of art or some other item is sold for an unbelievable exorbitant price, last month's auction purchase of Alberto Giacometti's Man Pointing for $141.3 million was said to have been made by "an anonymous buyer." Usually, that's the end of it, but in this case the secret buyer of that piece, which incidentally is the most expensive work of sculpture ever sold, has been revealed to be hedge fund manager Steve Cohen, one of the most successful people in his field, with a net worth of more than $11 billion. The revelation came from several different sources, who chose to reveal Cohen's identity to The New York Post newspaper.

Man Pointing is only the latest acquisition in Cohen's legendary art collection, estimated to be worth more than a billion dollars. The collection includes pieces by well-known masters like Monet, Munch, and Andy Warhol, so Man Pointing will have plenty of things to point at in his new home. Cohen's collection also includes another Giacometti piece, The Chariot, which he purchased last November for $101 million. The sculpture, which is a life-size work of bronze depicting a very thin figure pointing into the distance, is considered to be one of the best works of sculpture to come out the 20th Century, and now it has an objective numerical distinction to go along with any subjective aesthetic ones, given that it's now the most expensive sculpture ever bought or sold. 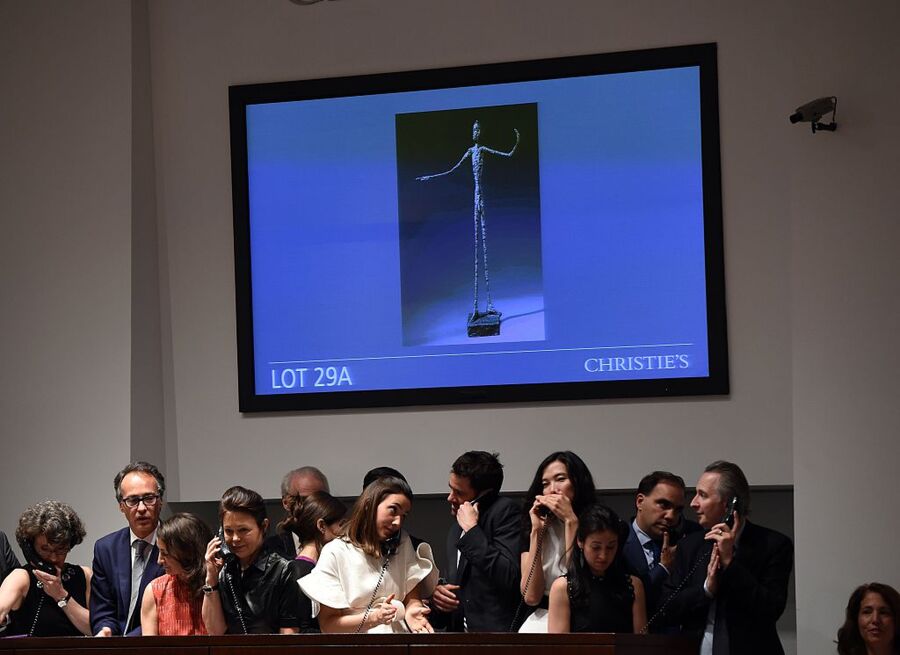 Incredibly, the $141.3 million Steve Cohen dropped on Man Pointing isn't even the most he's ever spent on one work of art (although it is the most he, or anyone else, has ever spent on a sculpture). That distinction belongs to his $155 million purchase of Le Reve by Pablo Picasso, which he bought from Las Vegas hotel mogul Steve Wynn back in 2012. That price was the result of extensive restoration work performed on the painting by Wynn, who reportedly had to commission a restoration after accidentally shoving his elbow through the painting.

If you're an art lover, you're probably (as well as understandably) concerned that Steve Cohen's incredible art collection will end up just sitting in a warehouse somewhere, like at the end of Citizen Kane. But fortunately, Cohen is said to be building a private museum on one of his properties in Greenwich, Connecticut, where his art collection will be exhibited. This increased interest in art collecting on Cohen's part might be due to legal troubles he's had within the hedge fund realm – the company he founded back in 1992, SAC Capital, was shuttered last year following a Department of Justice investigation into insider trading (Cohen himself avoided being charged). After that, Cohen founded Point72 Asset Management, another company which also handles the bulk of his own personal assets.

Now that his identity as the biggest spender in the history of sculpting has been revealed, the eyes of the art world will be even more fixed on what future additions Steve Cohen will make to his collection in the future. With a net worth surpassing the $11 billion mark, there's really no limit to what great artwork he could acquire next.