It shouldn't require more than the implicit threat of a deadly car accident to keep you from using your phone while driving a motor vehicle, but there are things outside of death and disaster that can befall you should you incur a Highway Patrol officer's wrath for violating cell phone regulations in your state. For example, you could lose a million bucks in marijuana and another million bucks in cash, as has recently happened to two men in Castro Valley, California, as reported in The Mercury News.

A van was cruising down Interstate 580 in Castro Valley when an unspecified cell phone violation alerted the California Highway Patrol officer who then attempted to pull the van over. As the Alameda County Sheriff's Office tells it, at that point a second vehicle – this one, a car – pulled in front of the patrol car in order to distract the cop and let the van get away, the first indication that this was not going to be a routine traffic stop. After that, both vehicles attempted to get away but were ultimately stopped by the CHP, after which a search of the two vehicles found 200 pounds of marijuana in the van, plus another eight inside the car, altogether estimated to be worth more than a million dollars. Further investigation led to some storage lockers in nearby Alameda associated with the two suspects, which contained in addition to more marijuana, a briefcase holding another million dollars in cash (pictured below). 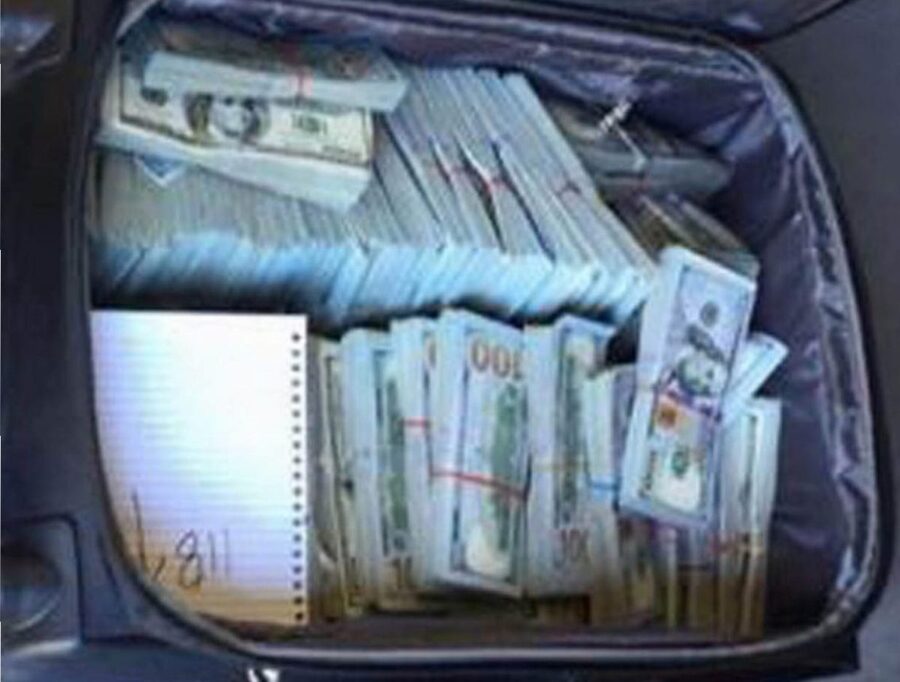 Both the drugs and the cash were seized by the Alameda County Sheriff's Office, and the drivers of both the car and the van (the latter being the one whose cell phone addiction caused all this mess in the first place) were arrested on charges of suspicion of possession of marijuana for sale and transporting of marijuana. Even if you're not involved in any illegal drug business, though, it's never a good idea to text and drive.