This Guy Became A Multi-Millionaire Thanks To…. Fake Dog Testicles

Miller is the founder of Neuticles, the company that's made him both a millionaire and a recent CNBC profile subject. Neuticles are silicone testicular implants that are designed to cosmetically maintain a dog's appearance following the neutering procedure, and Miller claims that it isn't just dog owners who desire this product but the dogs themselves.

How many dogs? Miller says he's provided more than 500,000 pairs of Neuticles over the last 20 years. The average set costs a little over $300, but some custom jobs have been significantly more expensive: One satisfied client is an elephant at a zoo, who was granted a "watermelon-sized" pair that cost $2,800. 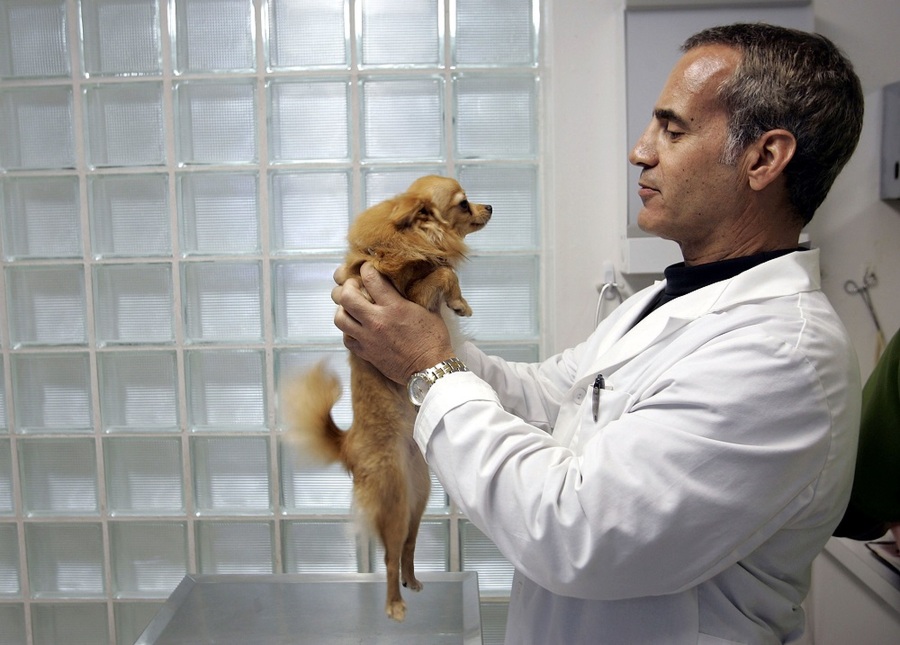 Neuticles made Miller's name in the business world, but it was not his first business venture. After graduating from journalism school he edited for two daily newspapers in the late 70s and into the early 80s.

He eventually founded his own advertising business and eventually invented SweeTube, a confection that landed him contracts with big companies like Macy's and Disneyland. Then Buck, a bloodhound puppy came into his life. At first he refused to have the dog neutered, but after he ran off in search of companionship he realized this was not a sustainable option. And he had an idea that like all successful ideas exists an intersection between insane and inspired:

"He asked his veterinarian if someone made implants, 'so Buck can maintain his God-given natural look.' The vet told him that was 'the craziest damn thing I've ever heard of.'"

Miller became convinced that Buck missed his old self after being neutered, and eventually his veterinarian came around on the "crazy" idea as well. The two collaborated on a prototype, and the rest is fake dog testicle history. The first Neuticles were made from a hard plastic, but silicone was introduced in order to correct the resultant "clanking" problem. Now, the brand includes 11 different sizes for a variety of animals, plus other cosmetic implants for other parts of the animal body. It just goes to show, if an idea is crazy enough, it might also be original enough to make a fortune.