What's the most you ever got from a college roommate? In my case, I was lucky to get gas money for a ride to Taco Bell. GoPro founder Nick Woodman has had a SLIGHTLY different experience. As of yesterday, Nick's old college roommate at the University of California at San Diego is $229 million richer thanks to his association with the billionaire CEO. And that's only if you count their most recent financial exchange – when you consider that Woodman's roommate Neil Dana was also GoPro's first employee, and remains a high-ranking executive within the company today, he probably has Woodman to thank for a lot more than that…

The deal has come to be a pretty complicated affair that probably only makes perfect sense to financial experts, but basically it went like this: Back in the company's early days of 2004, when the GoPro company was just getting started, Woodman made a promise to give Dana 10% of any money made from the sale of GoPro stock. Back in 2011, Dana got more than six million GoPro shares, with Woodman promising to personally reimburse his own company when those stock options were activated. That finally happened this week, and Nick Woodman is now $229 million poorer as a result. 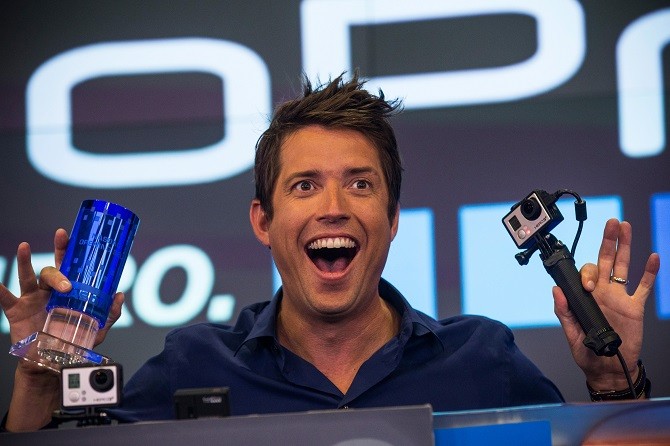 Of course, when you're a billionaire, and the highest-paid CEO in the United States to boot, you can afford to shed $229 million among friends. And that definitely applies to Nick Woodman, who has a net worth of $2.3 billion following this deal, and having first become a billionaire back in the summer of 2014 when his company went public. That becomes even more impressive when you realize the humble beginnings that GoPro came from, starting as a simple manufacturer of camera straps and other accessories before breaking into actual cameras and becoming a cultural as well as financial phenomenon. Everybody knows what a GoPro is nowadays, and "GoPro video" has become something of its own genre over the last couple years, denoting a very specific (and appealing) kind of image. Obviously, that kind of success doesn't often come without its financial rewards, and in the last year alone (and this is where he became the highest-paid US CEO), Woodman received a staggering $284.5 million, not in straight salary but as compensation for 4.5 million of his stock units in the company.

As for Neil Dana, the GoPro director of music and specialty sales had to spend some money to make this $229 million, having spent $3.6 million in order to exercise his stock options and cash in on that promise made ten years ago. Dana isn't the only associate of Nick Woodman's to be treated right by the CEO, however. According to Securities and Exchange Commission filings from GoPro's IPO last year, several members of Woodman's family became millionaires in the deal, including his mother, father, and two sisters, so apparently everybody on this guy's boat has enjoyed some of that rising tide. It does kind of make you wish you'd had better luck with your own college roommate, doesn't it?