By Joseph Gibson on September 5, 2017 in Articles › How Much Does

It sounds at first blush like something out of Marathon Man, but in reality it doesn't have any such sinister implications. As reported by CNN Money, the German government recently announced that it had successfully completed a repatriation process of bringing hundreds of tons of gold from its previous locations in Paris and New York back the country's central bank (called the Bundesbank) in Frankfurt. The process of returning the gold to the German treasury took four years, which should let you know this wasn't a paltry amount of gold, either, valued at nearly $31 billion.

How did $31 billion worth of German gold, weighing in at 743 tons, come to be stored in various storage locations in France and the United States? After World War II, in order for Germany's gold reserves to be gradually built up over time, the country used funds from the United States from its exports to purchase gold, keeping the reserves in storage vaults outside Germany. As these German gold reserves continued to grow, it became a concern that in the event of Soviet invasion, the USSR would seize Germany's gold supply, so the treasure was kept out of the country for safekeeping. And since Paris and Germany are both on the euro now, there's no reason to keep gold in Paris for quick liquidation to international currency. 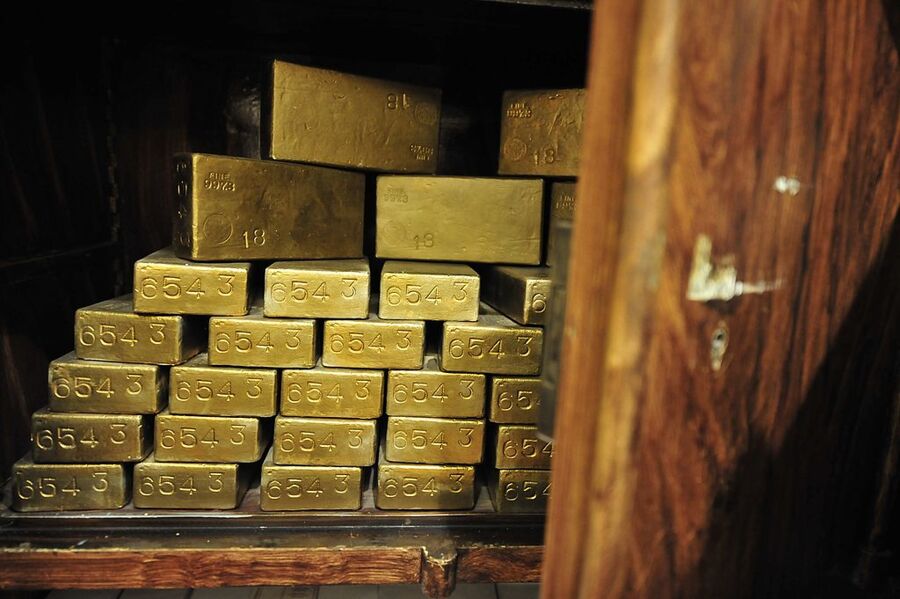 Obviously, while many issues facing the world are perennial, Soviet invasion is no longer an issue, so the return of Germany's gold to its own central bank was a long time coming. According to the Bundesbank, the German public's "trust and confidence" was one of the top priorities in completing the repatriation, as various conspiracy theories concerning the German gold supply had reportedly flourished of late there.

Although 743 tons is not the entire German gold reserve – with the transfer of gold now complete, a bit more than half of Germany's gold reserves are now being stored in the Bundesbank, with the rest in London and New York, where it can be quickly converted to dollars or pounds in the event of an economic emergency.