Many youngsters today probably don't even know that George Foreman was once a professional boxer. They probably know him as an TV personality who recently began starring in the reality-travel show "Better Late Than Never", alongside fellow senior-celebrities Henry Winkler, William Shatner and Terry Bradshaw. But even beyond acting, George is probably most famous today for his eponymous grills that were a staple of late night infomercials and college dorm rooms for about a decade. His grills are actually still very popular today.

George earned an insane fortune off the grills. And perhaps what's most impressive is that he earned that fortune a few years after being broke and nearly homeless. Here's how it all happened… 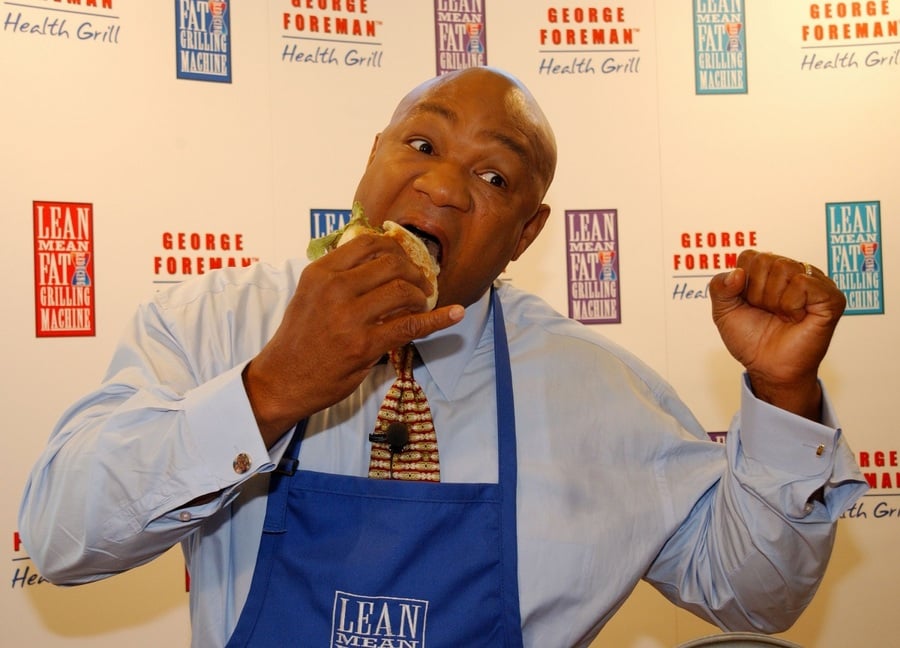 First off, it should be noted that between 1969 and 1977, George had set aside approximately $5 million from his boxing career earnings. That's the same as approximately $20 million today, after adjusting for inflation. Unfortunately, thanks to a series of bad investments and an overly extravagant lifestyle, by 1987 (ten years into his retirement), George was flat broke.

So, in 1987, after 10 years away from boxing, George un-retired. He had no other option. He needed the money, badly. George went on to stage an impressive comeback that lasted through the 1990s. George then shocked the world when he regained the heavyweight championship title in 1994, at the age of 45. All told, George fought in 81 professional fights, winning 76 (68 by KO).

In 1994, George's business manager told him about a new product that was looking for a celebrity endorser. The company behind the product, Spectrum Brands, had originally wanted Hulk Hogan to be their celebrity spokesman, but Hulk passed so he could endorse a meatball-maker instead.

Over the years, the George Foreman Grill has sold over 100 million units worldwide. And during those early years, George was paid 40% of the profits from the sale of each grill.

At his peak, George's royalty check was $8 million PER MONTH.

In 1999, Spectrum Brands realized that it might simply be easier to pay off their spokesperson for a lump sum. So, the company paid George a staggering $138 million lump sum in order to buy the rights to use his name on their grill in perpetuity. Between the monthly royalties and the buy-out, George personally pocketed a minimum of $250 million from the grill.

Not bad for a guy who, in his own words, was "fractions away from being homeless" a little more than a decade earlier 🙂