Fun With NBA Salaries: Which Eastern Conference Players Turned Out To Be Bargains And Busts In The 2014 Season?

A big congrats to the San Antonio Spurs, who won their fifth NBA title in franchise history back on June 8th! A lot has happened in the weeks since the 2014 season came to a close. LeBron James opted out of his contract, Andrew Wiggins was the #1 draft pick, Carmelo Anthony might be leaving the Knicks… At the very least, the 2014-2015 season is already shaping up to be very very interesting. Last season, the average NBA player earned $5.15 million dollars. Some players earned way more, others earned way less. Now that the season is over, we can see which players turned out to be bargains, and which were just taking up space (and money) on the roster. For example, the 2014 NBA finals MVP Kawhi Leonard was paid just $1.8 million dollars last year. By comparison, Pau Gasol earned $19 million and the Lakers didn't even make the playoffs. But those are just two quick examples. With the season now officially behind us, there are plenty of fun stats and facts from this past year. Let's see how some Eastern Conference players' salaries stacked up to their actual performance on the court in 2014… 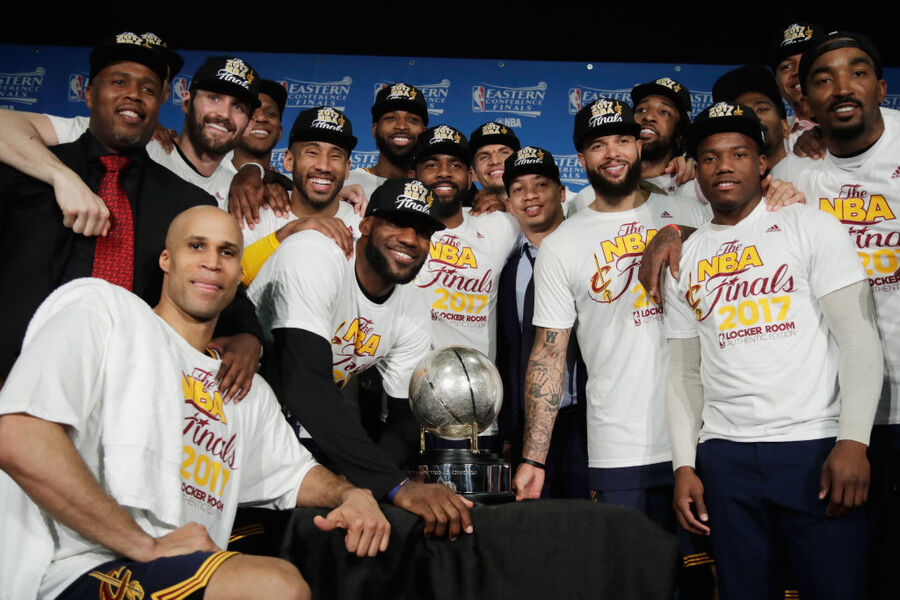 Al Horford made $413,793 per game during the regular season. The Hawks' big man went out on December 27 with a torn pectoral muscle and never made another appearance all year.

Kyle Korver's NBA-record streak of 127 straight games making at least one three-pointer came to an end on March 2 against the Blazers. For the year, Korver hit 185 treys. Each one cost his team $36,544.

Jeff Teague brought new meaning to the phrase "dropping dimes," earning $15,152 for each assist he dished out. Hopefully the Hawks didn't actually pay him in 151,520 dimes.

Rajon Rondo is not really known for his jump shot, and this year he didn't do much to help that perception. He shot just 34.7% on shots outside of the paint. Each successful jumper cost the Celtics $213,474.

Kris Humphries earned $29,340 for each rebound he snagged during the 2013-14 season. Still a bargain compared to his Kardashian wedding.

The Nets are known for having one of the most bloated payrolls in the entire league in an effort to challenge for an NBA title. Their starting backcourt of Deron Williams and Joe Johnson earned a combined $3.32 million per playoff game. Of course, the Nets were knocked out in the second round, so the investment may be a bit of a wash.

Shaun Livingston made just under $1.3 million for every three-pointer he made this season.

Count out 60 seconds aloud. Go ahead, I'll wait. Okay, made it to 60? Because Ben Gordon made $47,312 in that timeframe, and he did so every minute he was on the court this season.

For each free throw he made during the year, Luke Ridnour earned $1.08 million.

Gerald Henderson received $6 million dollars for each fan he drilled in the head with an errant pass.

Nobody has suffered more injury hardships over the past couple of years than the Bulls. The most obvious example is Derrick Rose, who made $110,897 for every point scored last year. Stretch that to the end of the 2011-12 season, and the amount increases to $214,057.

A likely candidate to be amnestied, Carlos Boozer earned $24,209 for every rebound he raked in. Meanwhile, he only made about 20 cents each time he yelled "Grab it, Jo!" to fellow teammate Joakim Noah.

Richard Hamilton made $333,334 despite not even being on the Bulls roster since last July.

The Cavs won the first pick in the draft lottery for the third time in four years. Let's take a look at their previous two attempts:

Hey, one out of two ain't bad.

Once a major part of the Pistons franchise, leading the team to the title in 2004, Chauncey Billups is having a tougher go of things in his return to Detroit. But he's still cashing in–each basket he made last season netted him $104,167. "Swish" never sounded so sweet.

Andre Drummond made $43,200 for every double-double he posted.

An absolute steal at his current salary, each point Lance Stephenson scored cost the Pacers just $931. Granted, each flop and annoyance of LeBron James in the playoffs probably cost Stephenson a bit more than that as he enters free agency this year. But boy, was it fun to watch.

Danny Granger played in just 29 games for the Pacers before they dealt him and his $14,021,788 salary to the 76ers, where he was bought out and joined the Clippers. But Indy went just 15-13 without him, while LA posted a 17-5 mark in games he was on the team. Apparently Danny Granger is the key to regular-season success.

The Heat were dead last in the league in rebounding. Each board grabbed cost the franchise $26,686. Fortunately they have some other qualities and a few decent players to make up for their lackluster performance on the glass.

Mario Chalmers was paid $4 million to be yelled at by countless teammates and opponents.

The Bucks had the worst record in the NBA last season. The team had to spend about $3.63 million per victory.

He's not known for his passing, but Amar'e Stoudemire's assists come at a premium: each one set the Knicks back $637,644.

Every time Carmelo Anthony turned the ball over, it cost his team $108,025.

Andrea Bargnani is seven feet tall, yet he only averaged 5.3 rebounds this year. Each one was worth $53,435.

Victor Oladipo turned the ball over on just about one of every five Magic possessions. Each time he lost the ball, the rookie cost his team $18,608.

Nikola Vucevic missed 25 games but still snagged nearly 11 boards a contest. The efficiency on the glass was pretty cheap, too–only $2,865 per rebound.

The Sixers, like the Bucks, are proud owners of one of the worst records in the league, mostly due to them trading away a ton of their roster for virtually nothing. Speaking of nothing, Jason Richardson, their second-highest paid player, earned $6,204,250 to wear nice suits as he recovered from a knee injury.

And Nerlens Noel made $3,172,320 to rock a high top fade on the bench as he also missed the entire season with an injury.

Oh, and Kwame Brown was waived in November, yet still earned about $2.9 million. Tanking sure is fun (and expensive)!

Amir Johnson, meanwhile, was fifth in the league in FG%, knocking down 56% of his attempts. He's making about $1.1 million less than Salmons, yet hit 235 more shots, and his points and rebounds per 36 minutes are significantly better, too. Sometimes salaries just don't make sense.

John Wall won this year's dunk contest, yet he only threw down 43 times in a game during the regular season. Every time Wall took to the air for a slam, he cashed in $173,487.

Jan Vesely is probably best known for his attractive girlfriend, but he's quickly making a name for himself as an abysmal free throw shooter, too. He hit just 27% of his attempts during 33 games with the Wizards before being traded to the Nuggets–each made free throw cost the Wizards $417,615. Fortunately he upped his percentages in Denver, shooting a whopping 42%. Maybe that altitude helps with keeping the ball in a straight line.