From Broke To A $180M Business: The Story Behind Daniel Wellington

Even though at the time, he couldn't afford a Rolex, this Swedish entrepreneur decided to build a watch empire all his own – and now it's worth $180 million.

Swedish businessman Filip Tysander always had an interest in high fashion watches, but hardly the cash to afford them. The now 31-year-old businessman cites a chance encounter with a fashionable English gentleman for both the inspiration and the name behind his highly successful brand. 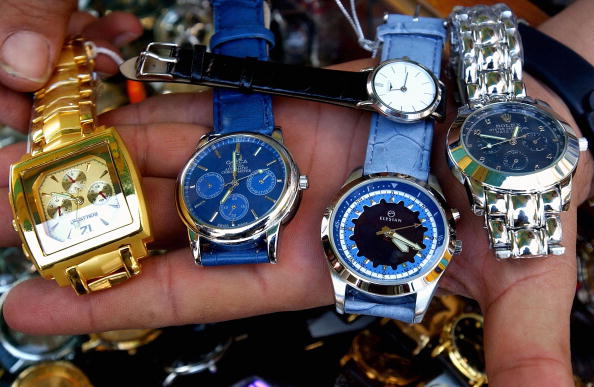 Tysander said that during a visit to Australia, a random meeting with Englishman Daniel Wellington helped fuel the fire underneath him to launch a successful brand. Tysander said that Wellington – described as having a preppy Rolex wristwatch and the flair of Ian Fleming – opened his eyes to all he needed to discover his million-dollar idea and the million-dollar namesake to go with it.

Despite a renewed sense of entrepreneurial passion, success didn't happen overnight for Tysander. With two failed ventures behind him, however, he was able to use the $24,000 he had earned through selling neckties and plastic watches to launch his third venture, Daniel Wellington watches.

The DW watches of today, known for their nylon NATO straps, first appeared for sale on a small web store hosted by Tysander in the company's early days. With a little research, the Swedish entrepreneur was able to strike a deal with a factory in China that brought his plan from a thought in his head to a watch on his wrist.

The preppy style embodied in the Wellington brand took off with consumers following a unique social media campaign. Looking to fill a marketing void left open by his competitors, Tysander was one of the first businessmen who took to the Internet to find influential social media stars to showcase his watches. By targeting users with large followings, Tysander saw sales soar. As of today, the Wellington brand has more than 2 million Instagram followers – far more than most of its competitors' pages.

Just three years after the preppy watch hit the market, Daniel Wellington had sold more than a million units, reaching $70 million in total sales. A year later, in 2015, revenue grew substantially, with the company pulling in a total of $170 million.

Perhaps more impressive than the underdog success story of the Wellington watch are the profits Tysander pockets yearly. As the sole owner of the company and with margins surpassing 50%, the Swedish businessman made a profit nearing $66 million last year.

Today, DW has more than 5,000 unique partners across the globe. One reason attributed to the success of the brand is its price. Compared to its competitors, DWs are quite the bargain, ranging in price from $149 to $299. Customers can opt for five different sizes of the watch, ranging from the 26-millimeter model to the much larger 40-millimeter DW. While each watch maintains the same white dial, DWs are easily set apart by the many different colorful nylon and leather straps.

When asked by Veckans Affärer if he had ever sought out the real Daniel Wellington after the company's success, Tysander said no. "A part of me wishes to contact Daniel Wellington and explain what's happened, but at the same time, I want let the sleeping bear lie," said Tysander. "If the source of my inspiration should turn up at the office one day, I guess I'll have to hide underneath my desk."