Turns out there are certain perks associated with being a two-time Formula One world champ after all. And one of them has been experienced by two-time Formula One champ Lewis Hamilton, who just signed an extremely lucrative three-year extension to his contract with Mercedes-AMG. His contract with the company had been set to expire at the end of this year, but now it will stretch on for the next three years – with a total $44 million a year to be potentially earned by the driver.

Not that Lewis Hamilton needs the money or anything – even before this most recent contract coup, he already had a net worth of at least $200 million, and now he's only going to get richer over the next three years (barring any financial catastrophes in his future). If you're not jealous yet, you probably don't realize just how young Hamilton is, having celebrated his 30th birthday back in January. Of course, you might get a smidgeon less envious of Hamilton's success when you realize that the $44 million a year figure is based on the maximum possible earnings allowed by the contract, which includes win bonuses. In other words, he has to keep winning races or else he might earn somewhat less than $44 million a year – now that you realize that, you almost kind of feel bad for the guy, don't you? 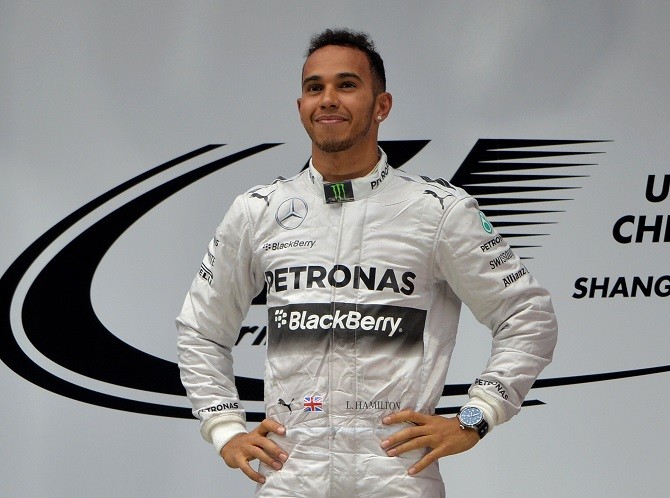 The announcement came on the heels of months of rumors regarding Hamilton's future with Mercedes-AMG stretching back to the beginning of the Formula One season. Some followers of his career were certain he was set to head to greener pastures such as Ferrari, but the announcement of this contract extension clearly show that Mercedes' pastures are more than green enough. Mercedes also had something of a hometown advantage in negotiations this time around, since the company has been Hamilton's Formula One home since 2013, six years after he first came onto the scene in 2007 with McLaren, the company he was driving for when he won his first Formula One championship back in 2008.

As for what the future holds for Lewis Hamilton, it's obvious that no one can know for sure. But the people making the decisions at Mercedes-AMG are obviously hoping that he continues his hot streak on the track, and have placed a $132 million bet to that effect. Hopefully, both for their sake and the sake of Lewis Hamilton's, it all works out satisfactorily for them.