John Stumpf, the former CEO of Wells Fargo, has seen his reputation suffer immensely as of late, in the wake of a massive fake accounts scandal at his bank and multiple grillings from the Senate and House committees on the bank's practice of signing customers up for fake, unauthorized accounts in order to meet sales quotas. But despite those very public grillings and his deciding to leave his job as Wells Fargo CEO, he's got a couple of plum backup gigs paying out respectable salaries on the side, totaling almost $650,000.

The first is with Target, where he's been on the board since 2010. He's a member of both the company's nominating and governance and risk and compliance committees, for which he's gotten $102,500 in fees and cash bonuses, as well as stock awards valued at $170,021, according to USA Today. And at the end of 2015, Stumpf had accumulated Target stock worth a total of $1.2 million. 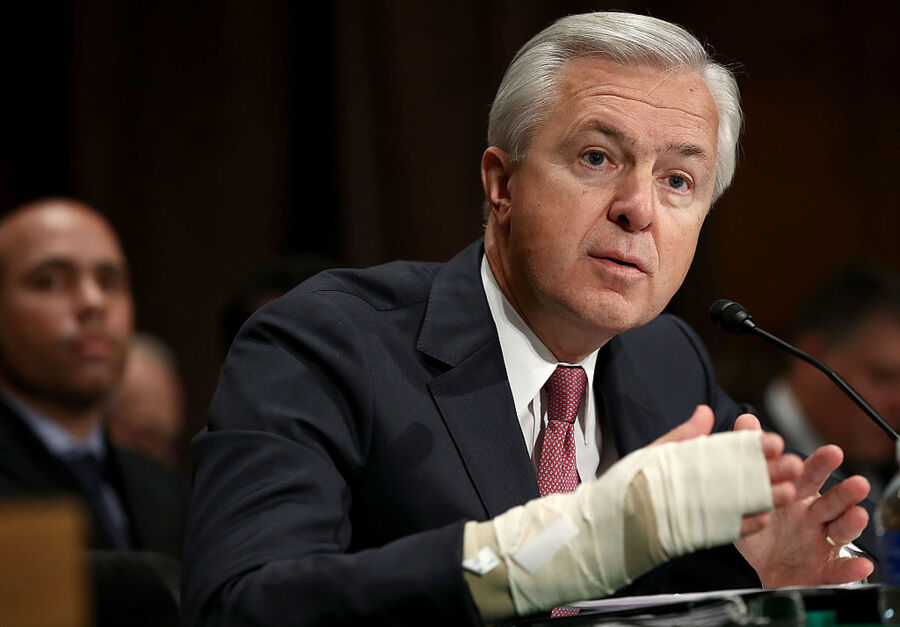 Stumpf's second (or third, counting the Wells Fargo position) job is with Chevron, where he's also been on the board since 2010. He serves a similar role with Chevron to his committee positions with Target, but the pay is a little better, and he raked in $375,000 in cash and stock awards last year. Both Target and Chevron released statements on the Stumpf affair, pledging to "monitor the situation" in Target's case and declining to comment further on Stumpf's future with both respective companies.

If Stumpf's involvement in the Wells Fargo accounts scandal does indeed lead to dismissals or resignations from his board positions, it could spell serious trouble for his post-retirement career. It's typical for current and former CEOs to supplement their incomes with these kinds of board positions, and Nir Kossovsky, CEO of corporation/executive insurance company Steel City Re had this to say to USA Today about Stumpf's plight:

"If a reputational hit leads to that board member stepping down – and potentially not being asked to serve on additional boards – that would represent a significant individual financial impact."

Stumpf should be financially OK (in the short-term at least) no matter what, since his resignation from Wells Fargo included between $124 million and $134.1 million in stocks and bonuses, not counting the generous severance package he gave up as part of the terms of his departure.