Fisherman Finds Giant Pearl, Hides Under His Bed For 10 Years… Turns Out It's Worth $100 Million

Off the coast of Palawan Island in the Philippines, an anonymous fisherman found something many of us might consider the stuff of pure fiction: A massive, 34kg pearl inside of a giant clam. Almost as unbelievable as the pearl itself is the fact that the man, not knowing its actual monetary value, reportedly kept it as a "good luck charm" in his home for ten years.

The giant pearl is not the perfect spherical shape you might be picturing but instead a huge, misshapen blob, albeit one that's valued at about a hundred million dollars. And incredibly, the fisherman would have continued to use it as a piece of furniture had his house not accidentally burned down, after which a tourism officer saw it and began the process of determining its value. Here's that tourism officer, in his own words:

"We were amazed when he brought it to us. We now need help from gemologists to fully certify it. We're waiting for authentication from Gemologist Institute and other international authorities. But we believe Puerto Princesca is likely earn another prestigious title and a record breaker for having the world's biggest natural giant pearl from a giant clam." 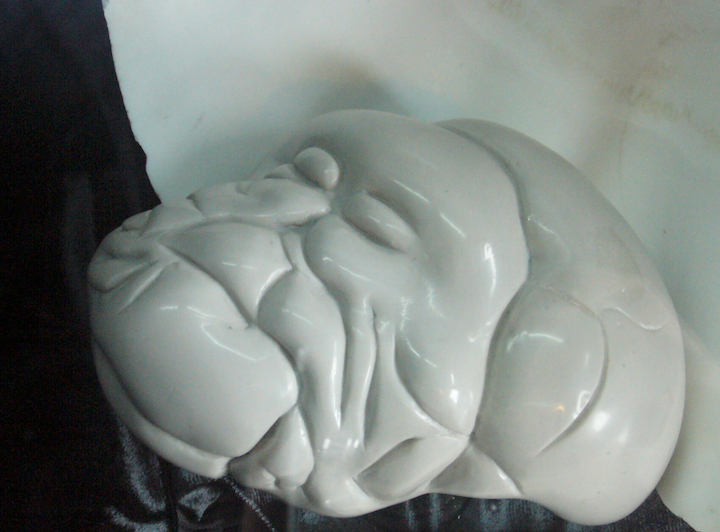 The tourism officer is right, since this as-yet-unnamed pearl easily dwarfs the current record holder for the title, the Pearl of Lao. The Pearl of Lao was discovered way back in 1934 and weighs less than half what this new one weighs, and is valued at a little over a third of this one's $100 million value.

Now, the 1-foot-wide, 2.2-foot-long pearl changes careers from a good luck charm to a tourist attraction, hopefully bringing more visitors to the Philippines, and perhaps a few treasure-seekers on the lookout for any particularly large clam. Hopefully, the man who found it won't have any trouble getting (at the very least) a generous finder's fee for the pearl. Unless, of course, he wants to continue to use it as a good luck charm – although it seems clear that he doesn't need any charms to bolster his luck, since he was lucky enough to find the thing in the first place.