Anybody who's been to college in the last few decades knows that textbooks can be extremely expensive. But there's really no other way to open an article about what may be the most expensive textbook of all time: A first edition of Principia Mathematica by Sir Isaac Newton, which recently sold for more than $3.7 million at auction.

Auction house Christie's, which carried out the sale of the book, now bills it as the "most expensive printed scientific book ever sold at auction," but its estimated price before the hammer dropped was significantly lower than their initial estimates. Christie's only expected the book, the full title of which is Philosophiae Naturalis Principia Mathematica, to fetch between one and one and a half million dollars, but some anonymous buyer decided it was worth more than three times the lower amount, ultimately paying $3,719,500 for the book. 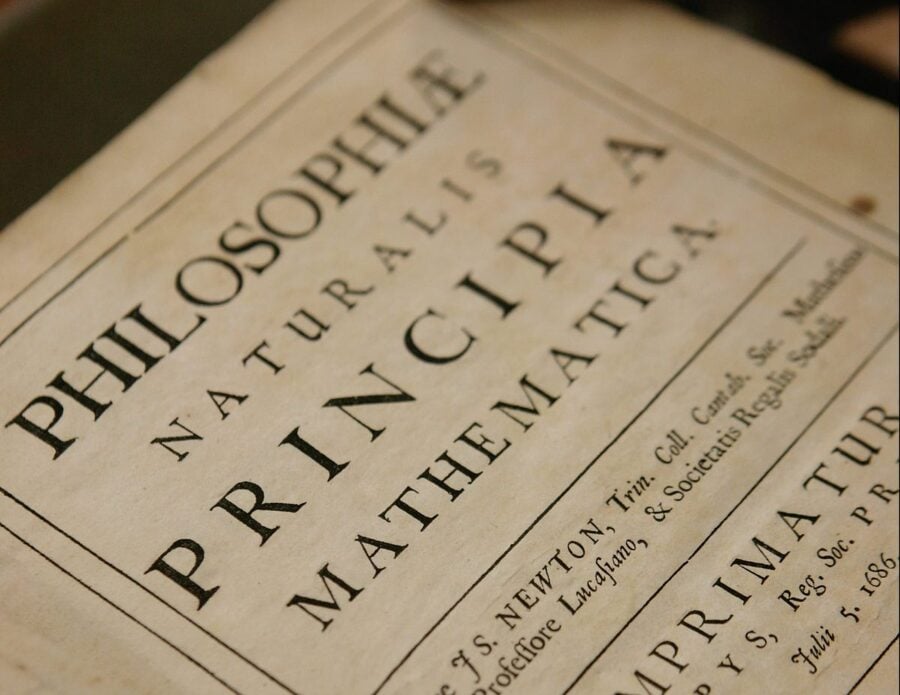 Albert Einstein once called Principia Mathematica "perhaps the greatest intellectual stride that it has ever been granted to any man to make," but it was not simply the book's intellectual content that made it so valuable. This particular copy of the text is one of only 80 first "continental editions," made back in the 17th century for distribution in other parts of the European continent outside of England.

While a first edition of Principia Mathematica was the undisputed highlight of the recent Christie's auction, there were a few other items of interest sold alongside the book. The other big sale were nine lots from the correspondence of the Marquis de Chastellux, including letters from famous names of American history like Thomas Jefferson (three letters) and George Washington (six). Even that level of star power didn't bring it up to the Newton book price range though, since the letters went for a total sum of a little more than $1.1 million.