How much does a firefighter make? If you are planning a career as a firefighter and wondering how much does a firefighter make, we've an answer for you. Though a life as a firefighter involves a risk of death and accidents, the satisfaction of serving and protecting the community is high. There are set criteria of promotion within the fire department. You start as an engineer, move on to become a lieutenant, then captain, after that a battalion chief, assistant chief, deputy chief, and, finally, the fire chief. For most promotions, a bachelor's degree is required and a certificate from the National Fire Academy. 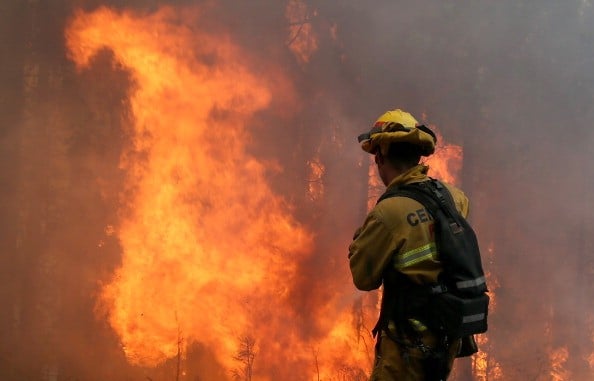 As per the reports of the U.S. Fire Administration, the median annual wages of firefighters as per the records of May 2008 was $44,260 when the total paid employment of fire fighters was 365,600. The middle strata comprising 50% employed firefighters earned about $31,180 to $58,440 while the highest stratus took home a whooping $72,210. However, the lowest levels got paid less or around $22,440 annually.

Over 91% of the fire fighters were employed by the local government agencies while some local and regional fire department were put under one umbrella for national service to cut costs, reduce administrative staff and establish consistent work procedures for training manpower.

Though the salary and perks of each fire department is based on the state laws, most of the fire fighters that are not employed by local governments are on the payrolls of the Federal and State departments. Apart from being provided with uniforms and fire fighting gear, the benefits that they get include liability and medical insurance, vacations, sick leaves, pension plans if disabled on duty or after 25 years of service.

You really don't have to think over how much does a firefighter make as the median annual wages paid to the firefighters by the local government was $44,800 while the federal government paid $45,610. Other related wages in state governments calculated to $37,870 and supporting services paid $25,300.

As per the date available pertaining to May 2008, the first line of fire fighting managers or supervisors took home an average annual salary of $67,440 while the same tier of 50% firefighters earned $53,800- $86,300. As per the first line supervisors and managers in the fire fighting department who were employed in the local government earned $69,000 per year. The highest paid over $108,900 and the lowest paid got $40,850 annually.

As per the International City County Management Association, the 2008 average fire fighters annual salaries were:

Maybe this gives you a better idea about how much does a firefighter make. Additionally, fire fighters that work for more hours than the required number every week are paid overtime. The hourly pay varies per department and state. Most of the firefighters are also pressed into service if there is an emergency or minimum staffing in the station or department.