One of the highest-paid executives of 2019 was Sundar Pichai of Alphabet, the umbrella company that owns Google. Pichai has been Alphabet's CEO for only a brief period, stepping into the position late last year after the exodus of Google co-founders Larry Page and Sergey Brin. And now, new regulatory filings made by the company reveal that his compensation is valued at some $281 million, thanks largely to some generous stock awards.

Some of those awards have yet to be paid out completely and will fluctuate depending on Alphabet's stock market performance relative to other S&P 500 companies like Netflix, Apple, Amazon, Facebook, and others, Bloomberg reports. In turn, that means that Pichai could stand to make significantly more, or less, from these awards depending on the company's stock market fortunes.

Now, though, the award in question is reportedly valued at approximately $120 million, while Pichai's other big stock award (which will also vest over time but isn't directly tied to the company's stock returns) is valued at around $150 million. These, plus Pichai's salary and various other forms of compensation, bring the total to almost $281 million. The only other executive who's been compensated more in any recent year is Tesla and SpaceX's Elon Musk, whose famously unorthodox and potentially hugely lucrative compensation plan for Tesla is based entirely on awarding stocks in amounts predicated on the company's performance, with no base salary of any kind for his work with the company. 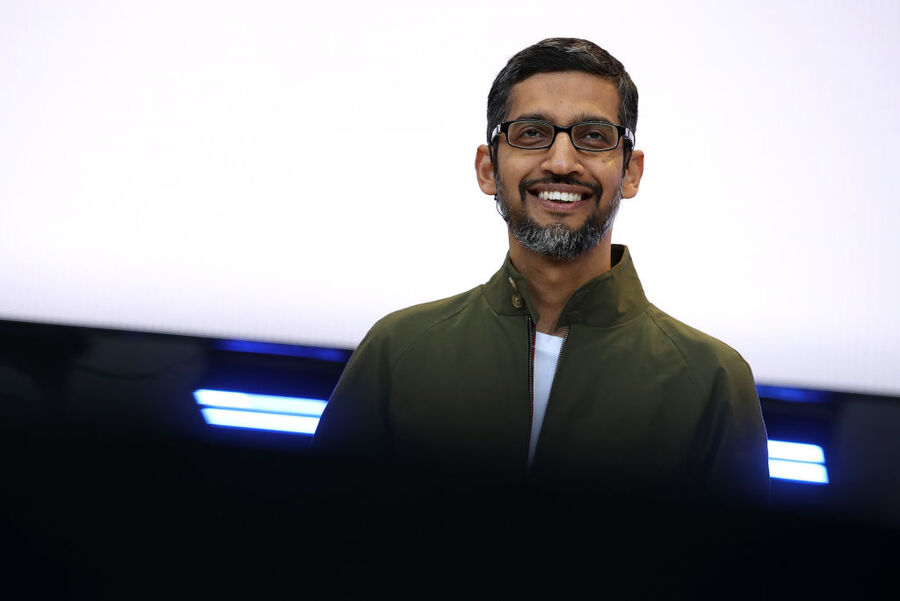 As if the stock grants weren't enough, since the filings also disclose a bump in salary along with Pichai's increased responsibilities as CEO, from $650,000 (for when he was the chief executive of Google alone) to $2 million. But it's largely those stock awards that make Pichai one of the highest-paid executives ever, and as per new filing regulations, Alphabet also had to disclose that it puts him at more than 1,000 times the median pay of Alphabet's employees – which, if you're curious, comes to $258,708.

This is not the first massive stock award that Pichai has gotten from Alphabet. Back in 2016, when he was first named chief executive of Google, he received vesting stock awards valued at almost $200 million.

The 47-year-old Pichai has been with the company in one capacity or another since 2004, eventually helping to develop Google's now ubiquitous web browser Chrome before making his way up the executive ladder.