A Random 22-Year-Old Stole Billions Worth Of Bitcoin From Silk Road And Just Sat On The Secret Fortune For A Decade… Then He Was Arrested.

Federal prosecutors in Manhattan have announced a seizure of billions of dollars worth of Bitcoin from a 32-year-old real estate developer named James Zhong. It the second-largest cryptocurrency seizure ever carried out by the Department of Justice. And like many Bitcoin capers, the James Zhong's story is pretty wild. According to his guilty plea, Zhong comitted wire fraud in connection with a scam perpetrated against the infamous "dark web" marketplace Silk Road some ten years ago. He then sat on a multi-billion-dollar stolen fortune for A DECADE without really doing much with the money.

The raid happened back in November of last year, when investigators traced more than 50,000 bitcoins to Zhong that at one time belonged to Silk Road founder (and convicted felon currently serving a life sentence) Ross Ulbricht. At the time of the seizure, Bitcoin was trading in the neighborhood of $60,000 which gave the cache a total value of $3.4 billion. At today's Bitcoin price of just under $16,600, the 50,000+ coins are worth around $800 million.

Side note: I just was alerted to an amazing Twitter thread that gets into all the nitty gritty details of James Zhong's story. Check this out if you're interested:

The US Government stole $3.6 Billion in #Bitcoin from Bitcointalk user Loaded, who stole it from Silk Road in 2012.

My man held 50k BTC through EVERY bear market, in Aug 2017 maxi dumps ALL his forked bcash for bitcoin, & HODLs that too! Let's dig into exactly what happened… pic.twitter.com/vWMazDv7jH

A decade ago, when he was still in his early 20s, James Zhong allegedly carried out a relatively simple scheme against Silk Road that allowed him to abscond with 50,000+ BTC. Zhong apparently accomplished this feat by creating several phony Silk Road accounts then orchestrating more than a hundred automatic transactions that essentially tricked the platform into thinking it was releasing large amounts of cryptocurrency into his own accounts. 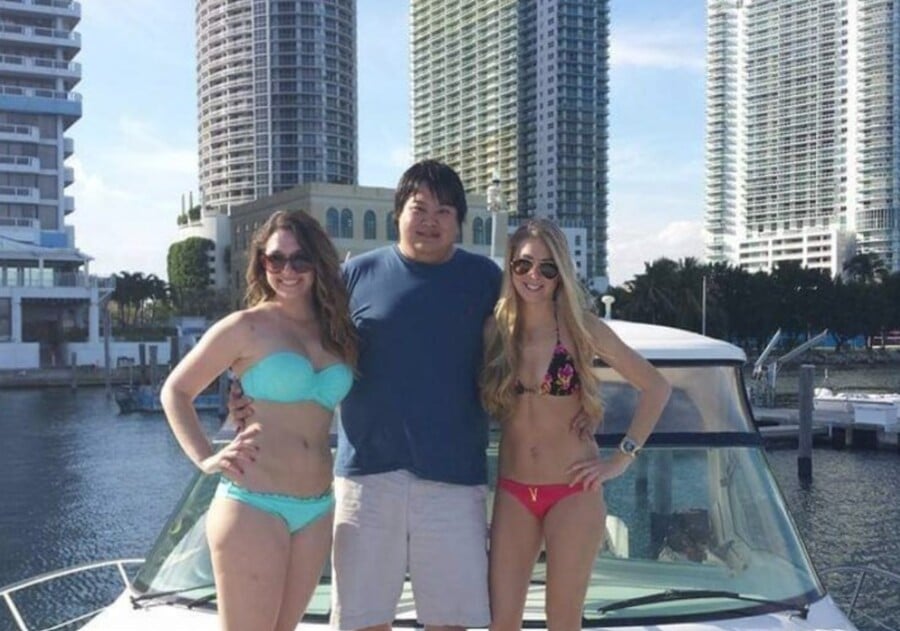 At the time Zhong orchestrated these transactions, BTC was trading at around $200. So 50,000 coins were worth around $10 million.

After transferring the money to his own legitimate accounts, James Zhong proceeded to sit on the money for a decade. He moved to Miami and launched a real estate development business.

As you know, the price of BTC skyrocketed between 2017 and 2021, eventually topping $60,000 on multiple occasions, including on the day of his arrest in November 2021. When BTC was at $60,000 James Zhong was secretly a multi-billionaire. But he never touched the money. He didn't buy any jets or mansions or even the requisite Lamborghini. He appears to have led a modest life in Miami and was trying to jump-start a real estate development career.

When the FBI raided Zhong's home, they found the device that held the keys to a multi-billion-dollar crypto wallet in a popcorn tin tucked away in his bathroom closet.

Following the seizure, Zhong voluntarily surrendered another 1,000 bitcoins to investigators, and he's also pledged to cooperate to find the remaining missing tokens and provide technical know-how to access them.

Damian Williams is the US Attorney for the Southern District of New York, and he had this to say about the seizure in a press statement:

"For almost ten years, the whereabouts of this massive chunk of missing Bitcoin had ballooned into an over $3.3 billion mystery…Thanks to state-of-the-art cryptocurrency tracing and good old-fashioned police work, law enforcement located and recovered this impressive cache of crime proceeds."