One of the hottest and most celebrated actors of our age, Leonardo DiCaprio is a pretty big deal. Not only does he have a laundry list of blockbusters under his belt, but he has also acquired his fair share of impressive real estate as well. The following is an overview of his collection of mansions as well as the price tag for each.

Bought by the actor in 1998 and presently available to rent, this oceanfront beach home has three bedrooms, two baths, and a small kitchen complete with a 2-tone ceramic counter top. It also has a wind-protected entry courtyard as well as a huge, ocean-side deck with a barbecue, a freestanding spa tub, and even a private stairway leading directly to the beach. As beautiful as it sounds, leasing starts at $23,000 monthly, but the star paid $1.6 million for it, total.

Clearly an eco-friendly residence, the activist certainly seems to practice what he preaches. Located in a Battery Park development that has been Leed-Certified-Gold (the second highest possible rating for green buildings). This place comes complete with all of the bells and whistles one would expect for an A-lister living in NYC. DiCaprio paid approximately $3.7 million for the home.

Home in the Bird Streets area of the Hollywood Hills

Located in an exclusive enclave in Hollywood Hills, this area is widely known for its high caliber celebrities, directors, entertainers, etc. Besides DiCaprio, other celebs that have lived in the area include Keanu Reeves and Jennifer Aniston. Given this fact, it sounds like the star power alone is well worth the almost $3.8 million the actor paid for it.

Located in Donald Trump's Las Vegas condominium tower, it is the cities tallest and most blinged out tower, at once. While many celebrities were pining to get into the building (well, according to Trump) Leo scored two adjacent dwellings to the tune of $1.5 million.

Here's where it gets a bit confusing. The actor has had several properties in Malibu. First, acquired in 2002 for $6 million, this exclusive property is actually made up of 3 separate dwellings, all housed on the same 2,633 square-foot lot. The first of which includes 4 bedrooms with all necessary amenities, the second of which is a 2-bedroom guest house, and the last building is a loft complete with an additional bedroom, gym, media room, and office. More impressively, he just sold it for $17.35 million!

The other home is a 2 bedroom, 2,374-square-foot contemporary-style house complete with an ocean view which may be up for lease. If interested, be prepared to pay the big bucks as the actor paid $6,350,000 for the property in 2007. 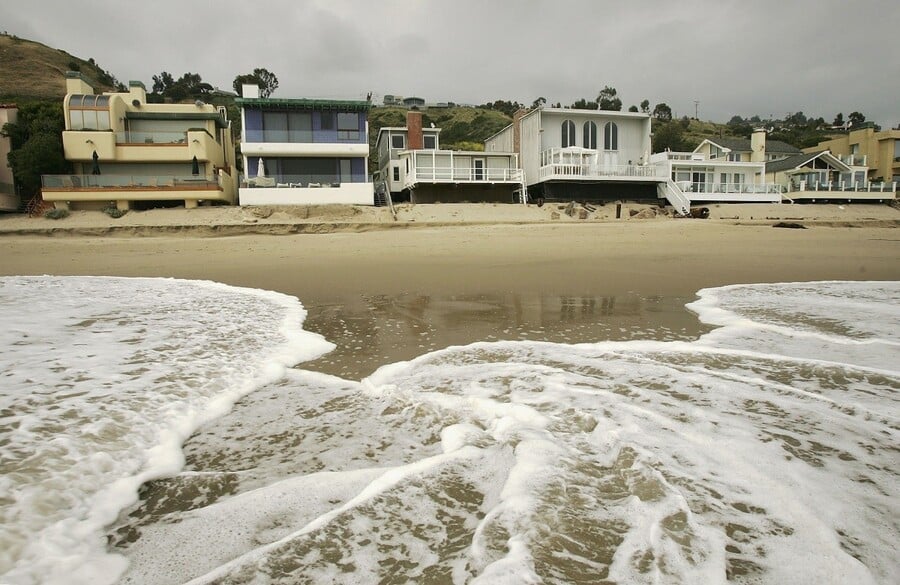 Blackadore Caye Island off the coast of Belize and Beyond

Perhaps all of the house flipping, renting, and leasing is being done with a purpose. What began as a 104-acre vacation home, is now being turned into an eco-island resort. Currently working with NYC developers, the actor plans to turn the island into 68 resort villas and 48 private houses to be sold. The houses will cost between $5 and $15 million each. And to think, it all started with his $1,750,000 purchase in 2005!

Overall, with a net worth of $245 million, many millions invested in real estate, and a full on resort being built under his direction, let's just say Leonardo DiCaprio seems to be on top of his housing game. How this will all pan out remains to be seen, but we'll certainly have our eye on that Island of his in Beliz!