10 Salary Facts You Need To Know About The NBA Finals

The NBA Finals between the Warriors and Cavs tips off Thursday night (in less than an hour from this writing), and there will undoubtedly be plenty of good action on the court. But hey, we like to dissect some of the less obvious things, so here are 10 facts you may not have known about the two teams:

1. Cleveland has the eighth-highest payroll in the league, at just over $82 million. Golden State ranks 17th, with about $73.6 million on its payroll.

2. Of the 22 highest-paid players this year, three will be competing in this series–or at least watching from the bench: LeBron James ($20.6 million), Kevin Love ($15.7 million) and David Lee ($15 million)

3. Three of the top seven earners in the series are playing less than eight minutes per game in the playoffs. Cleveland's Anderson Varejao has been out all postseason (and most of the regular season) with an injury. Meanwhile, the aforementioned Lee missed the Warriors' entire first-round series with the Pelicans and only logged 12 minutes in five games against the Rockets. And of course, everyone knows about Love's shoulder injury that has kept him out since Game 4 of the first round series with Boston.

4. The biggest bargain goes to Golden State's Draymond Green, who's making just a shade over $915,000 this year. For every point, rebound or assist Green has gotten this postseason, it's costing Golden State just $2,029. 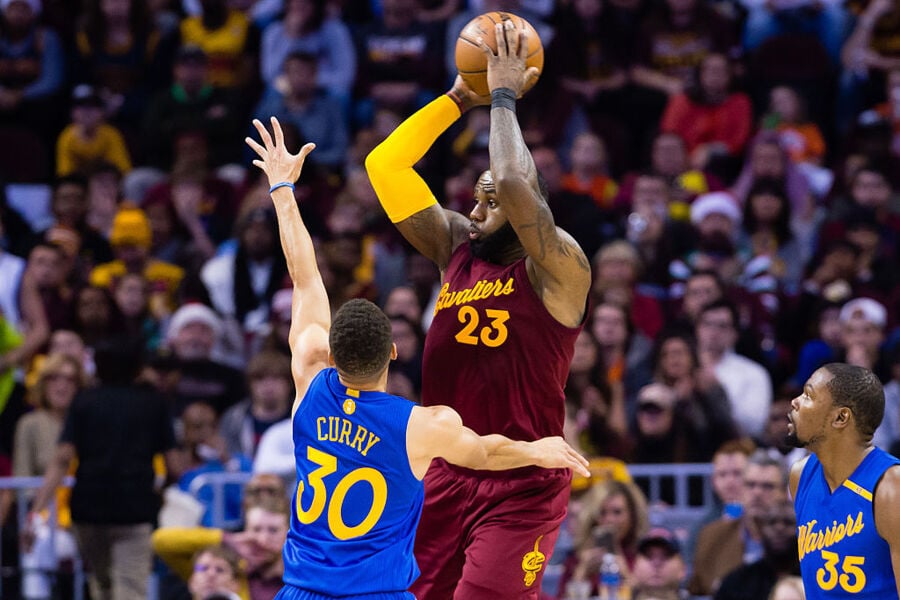 6. Every point Matthew Dellavedova has scored this postseason has cost the Cavs a modest $8,331. And if you really want to rile up Cavs fans, each player he's forced to leave a game, either via ejection or injury, has been worth $272,161.

7. Steph Curry has already set the record for most three-pointers made in a single postseason, at 73 in counting. Klay Thompson could also break the old record of 58. They're averaging about 49 points per game combined. And their salaries combined are still less than what their teammate Lee makes.

8. Over the duration of his current contract, Thompson will make only about $1.57 million less than the entire roster of the Warriors made this year.