Ever Wonder How Much US Currency Is In Circulation?

It's probably one of the most commonplace idle curiosities among modern day people: How much money is there altogether? That's a complicated question, but it becomes a little (but only a little) simpler when you restrict it to United States currency currently in circulation. Title lending firm TitleMax recently commissioned a brief explainanation on the topic, and it reaches a nice, satisfyingly huge number for the total value of all physical, printed US currency now in circulation: Almost $1.5 trillion.

In pure volume, that comes to amounts of bills in the seven major denominations numbering in the billions:

Two pretty striking things about these stats, apart from the sheer quantities of all US bills: One, there are almost as many hundred-dollar bills as there are one-dollar bills, and two, even a bill commonly thought of as rare, like the two-dollar bill, has 1.2 billion strong fluttering around the economy. Those hundred-dollar bills together make up about 80 percent of the total value of the currency, and 70 percent of the new bills printed by the US Mint go towards replacing, old, used-up bills. The US Bureau of Engraving and Printing has also released stats on the average lifespan of each bill, by denomination (excluding the two, which doesn't circulate enough for adequate data): 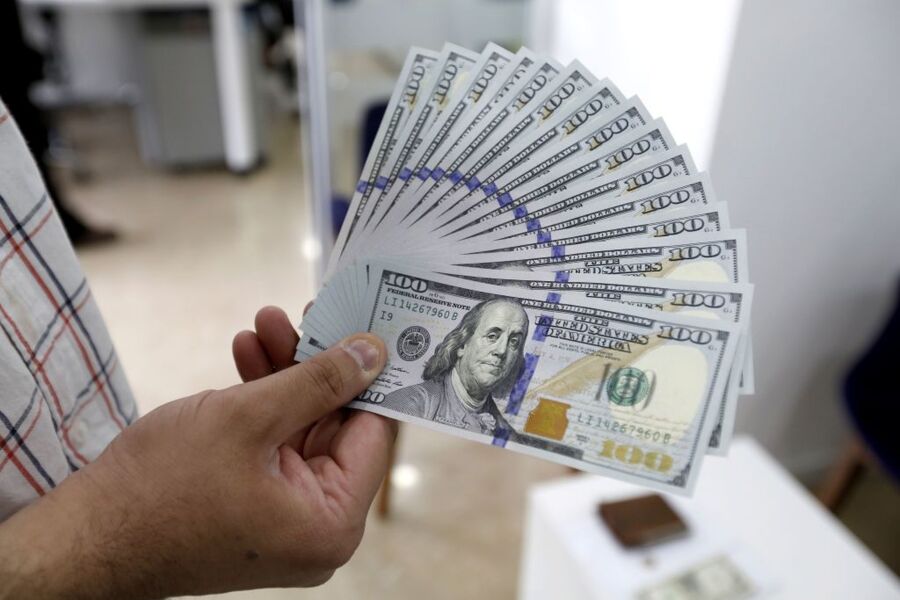 While we're on the subject of bills, there are in existence eight varieties of US legal tender that are above the hundred-dollar bill in value. There are two varieties each of $500 bills, $1,000 bills, and $10,000 bills, as well as one of a kind $5,000 bill and even a $100,000 "gold certificate" that's actually illegal for collectors to hold onto. Here's the US Bureau of Engraving and Printing on that little rarity:

"The $100,000 Gold Certificate was used only for official transactions between Federal Reserve Banks and was not circulated among the general public. This note cannot be legally held by currency note collectors."

That's just a quick rundown on the paper money circulated in the US, there's also the 20 billion coins that run through the Mint's processing protocols every year, valued at around $2 billion.