By Venus Lockett on September 2, 2015 in Articles › How Much Does

One of the highest paid comedians/actors in Hollywood, Eddie Murphy, remains an idol in his own right. He has certainly earned it – a working actor and comedian since the 80's, there are few celebrities that have the genius and longevity as that of Mr. Murphy. What's more, with dozens of starring and supporting roles under his belt, Murphy has experienced quite a bit of fluctuation in terms of income over the years. Nevertheless, the actor has appeared on a number of "highest paid" lists, as he is said to make $1 for every $2.30 amassed for each respective movie. So, which films paid the most? What a great question! 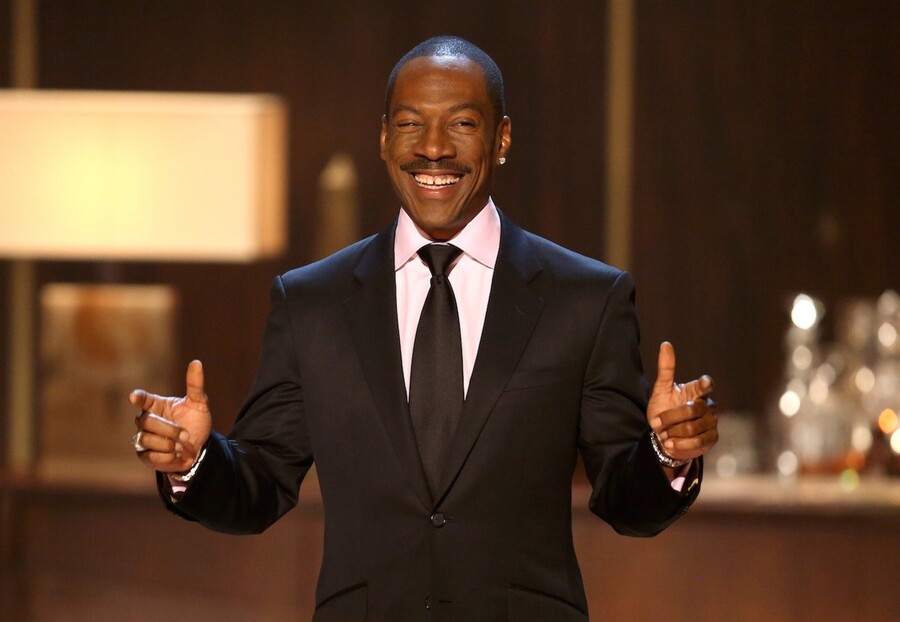 One of his earliest and most career-defining roles, Beverly Hills Cop hit theaters over 3 decades ago. Clever and comical to this very day, it seems the hefty paycheck he received was well deserved. Allotted $14 million (which includes a backend bonus), the actor certainly started making the big bucks early in the game.

The finale of one awesome trilogy, Beverly Hills Cop III, was as hilarious as it was action packed. Released in 1994, the comedian was paid $15 million for his starring role in the film.

The beginning of a new era for the actor, Nutty Professor marked the start of a much more family friendly Murphy. A remake of a uniquely classic film, Eddie's role(s) in this movie mixed comedy, drama, science fiction, as well as romance. What's more, a nod to his proven ability to play multiple characters in other films, (i.e. Coming to America) the actor not only played the plump Professor Klump and his super skinny counterpart, Buddy Love, but he also was tasked with playing Klump's entire family. They clearly made him work for it, but in the end, I'm sure the $16 million he received was well worth the plethora of costume and personality changes.

Yet another remake, Murphy's interpretation of Dr. Dolittle helped solidify him as a more family friendly comedian. Surely filming with animals, green screens, and stand-ins is no easy feat. Luckily, the actor received a modest $17.5 million for all of his beastly troubles.

An out of this world flick, Murphy once again ventures into the world of sci-fi with his 2002 role in the film, The Adventures of Pluto Nash. Although reviews for this film were mixed, his paycheck was very straightforward. He was paid $17.5 million for his appearance in the film.

The sequel to an already hit movie, Dr. Dolittle 2 brought in increased laughs, action, and animals. A fairly big deal in its day, this movie seemed to please and entertain fans of the brand. Good thing for the producers, the $20 million check Murphy received for the film was non-refundable.

One of his most over the top performances to date, Murphy's role in Nutty Professor II: The Klumps was as outrageous as it was entertaining. With more camera time for the rest of the Klump characters, it seems this actor truly worked overtime to complete this film. Nevertheless, it also seems to have all worked out in the end. He received $20 million plus an additional 20% of the gross of the film!

Overall, Eddie Murphy remains one of the most celebrated comedic actors ever to appear on the silver screen. What's more, maintaining a net worth of $85 million, it seems he has managed his money well over the years. Oh, and that $85 million is after he paid his ex-wife a $15 million divorce settlement. Where his career will land in the future is unclear, but here's hoping it includes lots of laughs, drama, costume changes, and of course, wads of cash!