Everything You Need To Know About The Donald's Financial Empire, Bankruptcies And Wealth Estimates

As you are no doubt aware, before becoming a full-time presidential candidate, The Donald was famous for being a reality TV star and real estate developer. And from the moment he announced his candidacy, there has been A LOT of talk about Donald Trump's net worth, bankruptcies and unreleased tax returns. Donald's net worth has been especially intriguing, since there are so many opinions about where the estimate should land. So let's dive into it all and get some answers.

How Much Is Donald Trump Worth?

Within a matter of days back in June 2015, Donald declared that his net worth was $8.7 billion, then $10 billion, then $11 billion. He also revealed that in 2014, his personal income was $362 million, and that over 14 seasons as host of The Apprentice, he earned $213 million from NBC. To justify the $8.7 billion net worth estimate, Donald provide the following numbers:

Here are some of the assets he listed:

As of this writing, we here at Celebrity Net Worth still believe Donald Trump's net worth lies somewhere in the $4 billion range. 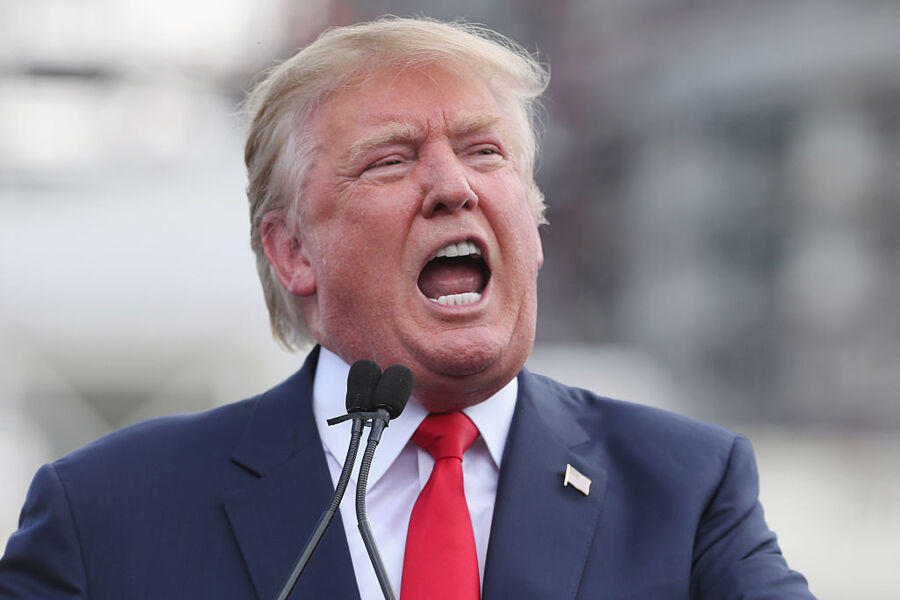 Is Donald Trump NOT A Billionaire?

That's a dangerous question. A journalist from The New York Times once published a book in which he expressed skepticism about Donald's billionaire status. The author claimed to have sources with direct knowledge of Donald's finances, who estimated his actual net worth was just $150 – $250 MILLION.

As you might imagine, Donald was pissed. So pissed, that he sued the author… for $5 BILLION. The lawsuit was thrown out, after Donald admitted in testimony that he sometimes "made up" his net worth when it benefited him to look richer or poorer than he really was. For example, in 1990, as part of an official government proceeding, Donald's private accountants estimated that his personal net worth was actually NEGATIVE $295 million. Just a few years ago, as part of a different legal proceeding, Donald testified under oath that his net worth was determined by how he felt that day. Even as recently as this week, Reporter David Cay Johnson of The New York Times has claimed that there is no evidence that Donald Trump is actually a billionaire.

Part of the challenge when it comes to analyzing Donald's net worth is that the ownership structure and debt loads of the real estate he owns is quite often very murky. It's not as simple as saying "Donald Trumps holds 100% ownership of Trump Tower and has no debt."

The first thing everyone needs to know about Donald's bankruptcies is that he has never actually filed for personal bankruptcy. That's a common misconception. It is true that Donald Trump's corporations have filed for Chapter 11 bankruptcy on four different occasions. But it can be argued that corporate bankruptcy is a common financial tool used by many business people.

Donald Trump clearly has a knack for bouncing back from the circumstances that cause his companies to fail. This could be thanks to Trump's financial savvy, the seemingly invincible value of his own personal brand, an incredible reservoir of good luck, or some combination of the three. The only thing that is for certain, is that as an individual, he's never been, nor is he ever likely to be, bankrupt.