It's still not "Miller time" for Budweiser maker Anheuser-Busch InBev, but that doesn't mean the beer giant isn't celebrating. The Department of Justice green-lit the company's roughly $108 billion acquisition of SABMiller, the second-largest brewer and owner of Miller Brewing, last Wednesday.

Now, the King of Beers is one step closer to becoming a global superpower.

To win the DOJ's approval, AB InBev agreed to give up ownership of the Miller brand. Molson Coors Brewing Co., the seventh-largest brewer by volume, bought SABMiller's interest in MillerCoors and U.S. rights to brands like Peroni for $12 billion. Antitrust regulators like the sale because it means AB InBev's 45% share of the U.S. market won't change. 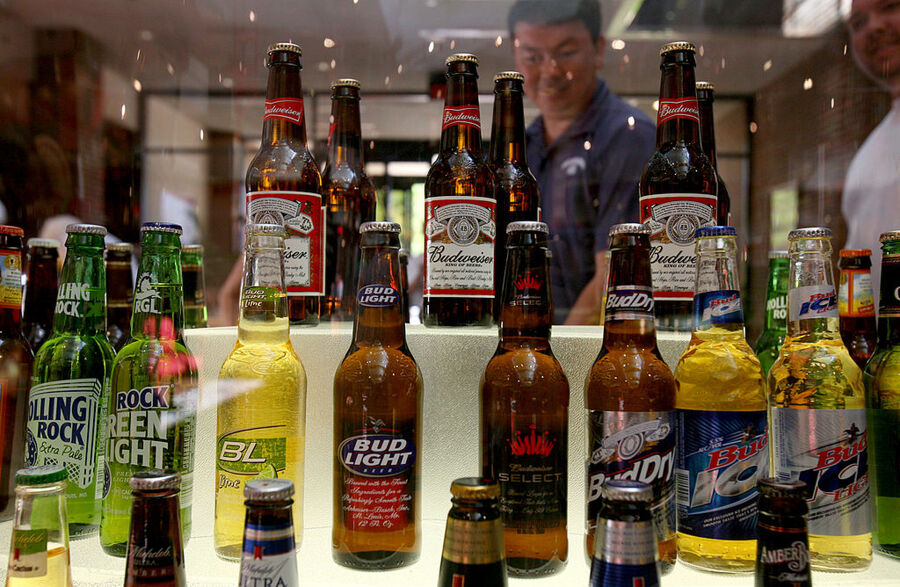 The DOJ's approval also came with another string: AB InBev is prohibited from instituting incentive programs that offer independent distributors rewards for selling a high percentage of their beer. In 2015, the beer giant introduced a program that offered distributors as much as $1.5 million if 98% of the beers they sold were AB InBev brands. If they sold at least 95% AB InBev brands, the brewer could cover portions of distributors' retail promotion and display costs.

Craft brewers called foul on the incentive program arguing it could hurt sales of their beers. At least one distributor dropped a craft brewer as a result of the program, according to The Wall Street Journal. Deschutes Brewery President Michael Lalondsaid said its distributor in St. Louis planned to drop the Oregon brewery because it "had to make a choice to go with the incentive program or stay with craft."

The DOJ's prohibition on distributor reward programs won't help AB InBev increase its popularity among younger Americans who haven't demonstrated an interest in drinking Budweiser. But the deal with SABMiller will give the brewer access to the growing African market, which is expected to drive beer-industry sales.

"With today's agreement, we have taken a significant step forward on the transaction, which will create the world's first truly global brewer," AB InBev Chief Executive Officer Carlos Brito said in a statement. "Our combination with SABMiller will bring more choice to more beer drinkers – and extend the global reach of our iconic American brands, such as Budweiser – in markets outside of the U.S."

Before the deal is finalized, China and the company's shareholders have to approve it. While market analysts expect AB InBev to receive Chinese regulatory approval in the coming months, shareholder approval is tricky now that the United Kingdom voted to exit the European Union and the pound's value has plunged.

When the deal was initially struck in November, AB InBev agreed to purchase SABMiller with a cash-and-stock mix. The deal was supposed to be tax friendly, but failed to account for currency fluctuations. The slide in the pound after Brexit pushed the value of the mix significantly higher than the initial offer. Some shareholders may now call on AB InBev to sweeten the cash offer.

It's hard to know how AB InBev will respond to these coming challenges. But the King of Beers has a lot of incentive to do what it takes to close the deal, so it can sit back, open a cold one and watch their beer sales soar.