Dogecoin: A Cryptocurrency Based On An Old Dog Meme Hits $2 Billion Market Cap

Bitcoin and other cryptocurrencies have their rabid defenders, but one such entity was started purely as a joke and managed to hit a $2 billion market capitalization, per cryptocurrency site CoinDesk. It's called "Dogecoin," based on the popular "doge" meme that you probably remember seeing on the internet a few years ago. Even now as I write this, even though the ironic cryptocurrency has settled down a bit from its peak above the $2 billion value mark, it's still valued at over $1.4 billion. The digital currency's founder Jackson Palmer didn't shy away from the obvious implications of such numbers for the current cryptocurrency climate in general saying in an interview:

"I have a lot of faith in the Dogecoin Core development team to keep the software stable and secure, but I think it says a lot about the state of the cryptocurrency space in general that a currency with a dog on it which hasn't released a software update in over 2 years has a $1B+ market cap." 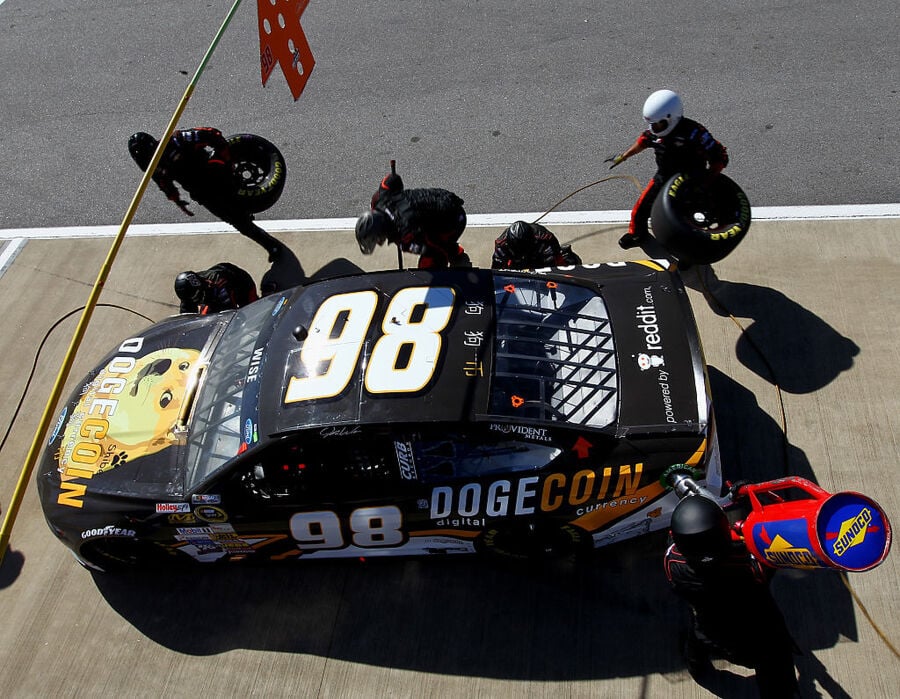 As you might imagine, Palmer and Dogecoin's co-creator Billy Markus created it "without much real thought." Palmer recently told Motherboard about the night he "sat down with a beer, I had too much time on my hands, and I bought Dogecoin.com." After that, software engineer Markus connected the dots to make it an actual digital currency, such as it is. That was in December of 2013, and since then Dogecoin languished in humorous low-cost obscurity (although not so obscure it didn't snag a NASCAR sponsorship as pictured above, among other things, until December of last year when the cryptocurrency somewhat inexplicably began picking up value, spiking from $0.002 per coin to $0.012545 per coin as of this writing – with even higher values in between. At the peak of its value, Dogecoin had seen an increase of about 800 percent compared to its value in early December 2017.