Diamonds And Picasso And Squiggles, Oh My! The Top Ten Highest Priced Auctions At Sotheby's In 2015

Money cannot buy happiness­ – or so they say! However, if you had several million dollars lying around you could have picked up one of the items that made auction house Sotheby's list of the priciest auctions of 2015. From a $70.5 million painting of squiggles to the $67.4 million Picasso that had a hidden piece of art on the back to a 12-carat blue diamond ring that sold for nearly $48 million, these are the top 10 most expensive auction lots at Sotheby's in 2015.

A 1919 painting by Amedeo Modigliani sold for $42.8 million in November. It was formerly owned by A. Alfred Taubman. Fun fact about Taubman: he spent time in prison for an auction house price fixing scandal. He acquired Sotheby's in 1983. In the early 2000s, he was convicted and sent to jail for 10 months in an international price-fixing conspiracy with auction house Christie's. Taubman passed away in April 2015 at the age of 91. He maintained his innocence until the day he died.

This painting set a record when it sold for $43.5 million. It is one of the largest abstract paintings in the world at 9 feet, 10 inches by 8 feet, 2 inches. It set the record for highest price paid for a painting by a living artist who resides in Europe. There was a ton of interest in the painting at auction. It was bought by an anonymous bidder.

Mark Rothko's oil on canvas painting sold at Sotheby's May auction in New York City. The eight foot tall painting of large yellow and blue planes formerly belonged to the late Listerine heiress Bunny Mellon and hung in Washington D.C.'s National Gallery for a decade. Mellon acquired the iconic painting directly from Rothko's estate after he died in 1970. 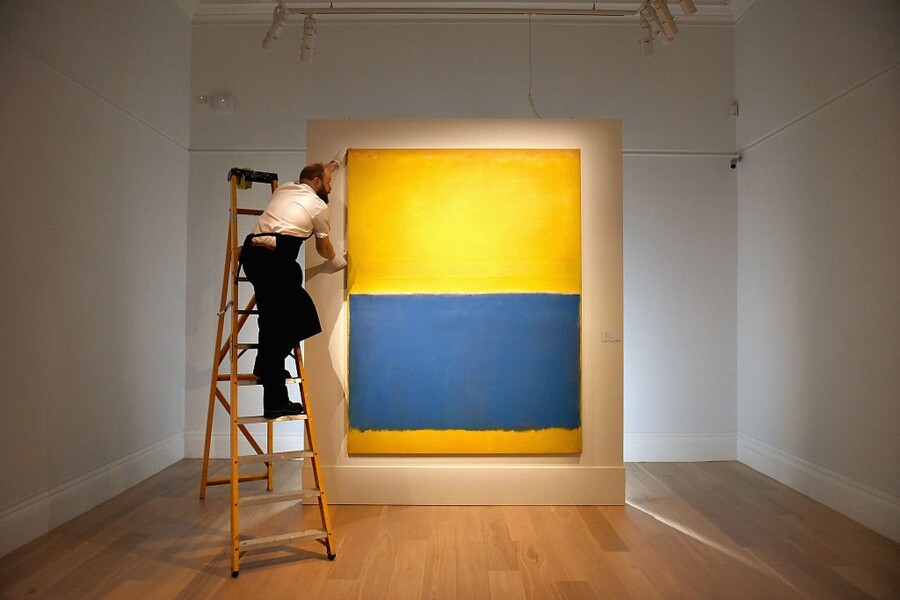 The acrylic silkscreen of Mao Zedong fetched $47.5 million at auction in New York on November 19th. This is the first work in Warhol's series on the late Chinese communist leader. This is only the second of Warhol's Mao painting to be offered at auction in the past 20 years.

Joseph Lau, a billionaire from Hong Kong, was the winning bidder for the 12.03 carat Blue Moon diamond ring. He bought it for his seven-year-old daughter at Sotheby's Geneva auction in November. The diamond is one of the largest blue diamonds in the world. Its name is a play on the saying "once in a blue moon" and expresses the rarity of this particular gem. The sale of Blue Moon set a new auction record for price-per-carat for any diamond or gemstone as well as a new auction record price for any jewel.

This 1889 Van Gogh painting sold on November 5th in New York City. It was painted in Arles, France and is one of Vincent Van Gogh's famous masterpieces. The painting was completed just two months before Van Gogh began work on The Starry Night.

Claude Monet's 1905 oil on canvas painting Nymphéas sold for$54 million in a New York City auction in May. Nymphéas is one of the best known paintings of the Impressionists. This Monet work depicts the artist's famous lily pond in his garden in Giverny.

La Gommeuse sold for $67.4 million in New York on November 5th. This unique painting from Pablo Picasso was painted in 1901 and features a second painting on the backside of the canvas. This hidden painting was not discovered until 2001 and had never been seen by the public until its auction in 2015. La Gommeuse is from Picasso's Blue Period and is considered the most important work of that period to come to auction in a generation. It is also the highest priced Blue Period work ever sold at auction. 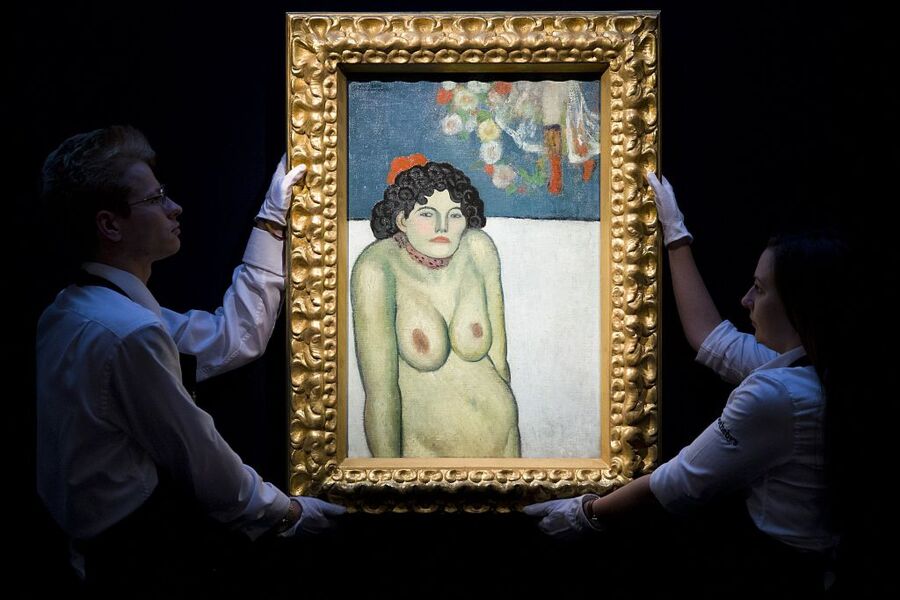 Cy Twombly's Untitled canvas was the highest selling auction at Sotheby's in 2015. It sold for an astonishing $70.5 million in New York City on November 11th. The 1968 work is oil-based house paint and wax crayon on canvas and features six loopy lines curling back and forth across the canvas on a gray background. The $70.5 million price tag is more than 10 times the amount it last sold for in 1990.