Diamond Earrings Sell For More Than $50M, Become Most Expensive Ever Sold At Auction

Can you imagine having almost $30 million worth of rocks hanging from each of your ears? That insane scenario is now reality for one anonymous buyer, who recently placed a pair of winning bids on two different earrings, together making the pair valued at $57.4 million according to CNBC. As it happens, that figure makes these particular earrings the most expensive pair ever sold at auction.

The two earrings in question were recently auctioned by Sotheby's as separate items that were won by the same individual. The cheaper of the two is The Artemis Pink, a pear-shaped 16-carat pink diamond that was sold for $15.3 million. That's a bargain compared to its mate, The Artemis Blue, which is slightly lighter at 14.54 carats and almost identical except for its blue rather than pink color. It sold for an amazing $42.1 million. 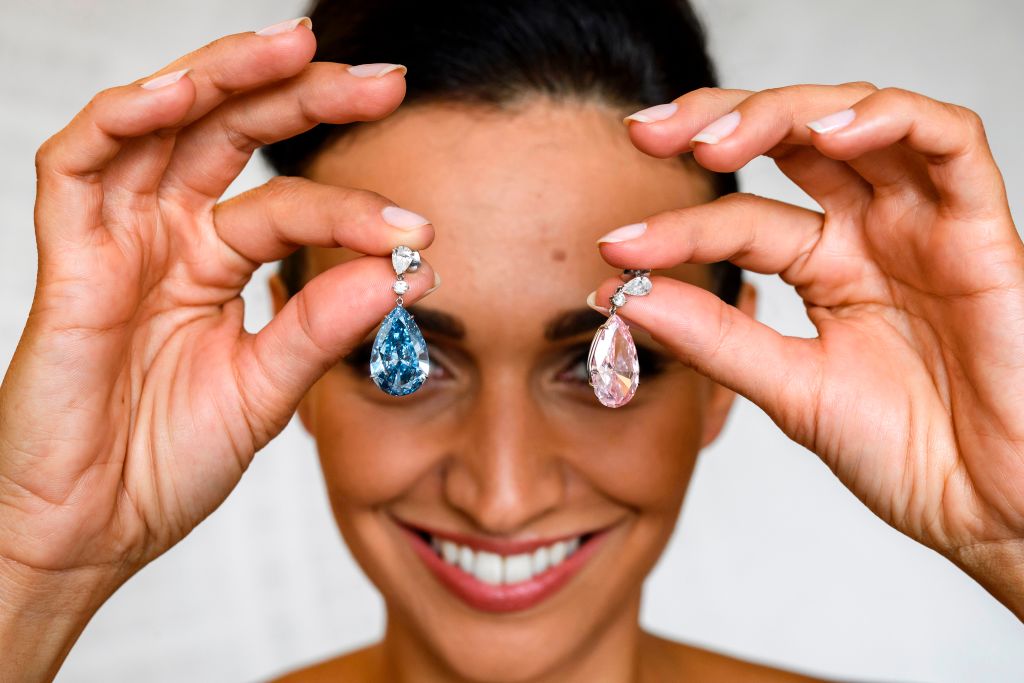 Even though the sale broke a record for earrings sold at auction, both The Artemis Pink and The Artemis Blue fell neatly within the price estimates released by Sotheby's beforehand: Between $12.5 million and $18 million for the pink earring, and between $38 million and $50 million for the blue one. This is a clear indication that colored diamonds are experiencing a very strong market these days, a sentiment also echoed before the auction by Sotheby's worldwide chairman of its International Jewelery division, David Bennett:

"In the last five to 10 years, the price seems to be escalating rapidly. And we just sold this world record stone, and that was a pink diamond. Certainly people who own important colored diamonds are aware that the market is strong."

Bennett is talking about The Pink Star, which sold for more than $70 million earlier this year. If you have any massive colored diamonds sitting around, now might be the time to sell them before this bubble bursts.