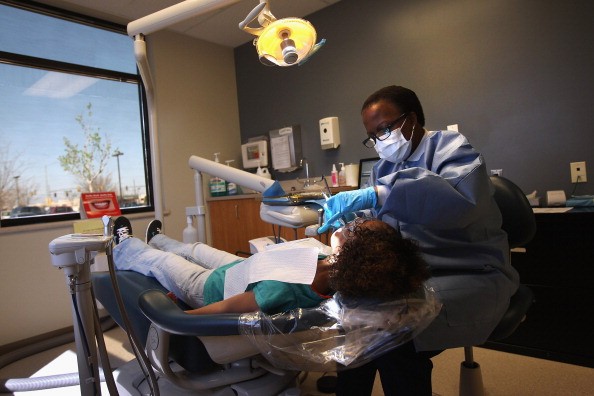 The real figures on the take home salary depends on a number of factors including number of years in the industry, academic qualifications and certifications, location of employment and state where you are employed. Most of the dental hygienists are reimbursed on a monthly, hourly or daily pay while some are even hired on commission basis. Sometimes, the annual salary of the dental hygienists is based on the amalgamation of all these four factors.

Coming back to the numbers, in May 2008, the median annual salary of dental hygienists was $67,000 while the lowest levels were paid $44,180 and the highest took home nearly $91,470. Looking at the industries that employ the dental assistants and the related hourly pay, you'll be able to judge for yourself:

But if you are looking at the growth potential in the following years as you gain experience, here are the latest statistics on median pay scales:

In addition to the salary, more than half of the full time dental hygienists had employment benefits such as paid vacations, sick leaves, 401K retirement plans and health care options. Additionally, your take home salary will also depend on the state where you are employed. In the states of California, Oregon, Alaska, Washington and Nevada, dental hygienists received approximately $75,650 to $92,300 during the year 2008.

As per the analyzed data of 2008, the medical staffing companies and dentists hired the maximum number of dental hygienists that earned an average salary of $67,220 and $69,330 per year. But if you are comparing pay scales, the hygienists hired in scientific consulting services and office administration were paid the highest with a median salary of $72,230 and $69,600 per annum.

According to state statistics based on employment and salary ratios, here are the figures:

The average pay of hygienists doesn't turn out to be low as it is a satisfying career with fixed hours and relatively stress free working conditions, so if you are planning on becoming a dental hygienist, you can now be sure on your earning prospects and the factual data on state salaries.