The Definitive Explanation Of Donald Trump's Net Worth

Donald Trump is brash, aggressive, and tells it like it is while fibbing when he needs to. It's a personality that's helped lead to his incredible wealth. But just how much is that wealth?

Of course, Trump has steadfastly refused to release his tax returns. During the very first presidential debate, he claimed he has been getting audited by the IRS almost annually for the past 15 years. He also added that "you don't learn that much from tax returns."

Trump's current net worth is $3.7 billion, which is actually a decrease of $800 million from last year. 18 of Trump's 28 assets have decreased in value. One held steady and seven rose, while Trump added two new assets to his total count.

The first new addition is a 4% stake in an affordable housing compound in Brooklyn. Trump also bought a warehouse in Charleston, S.C. that is nearly half a century old. The warehouse had been owned by Titan Atlas, a company in which Donald Trump, Jr. had been an investor. The senior Trump bought out the company after his son and other investors virtually guaranteed the company a loan from Deutsche Bank. 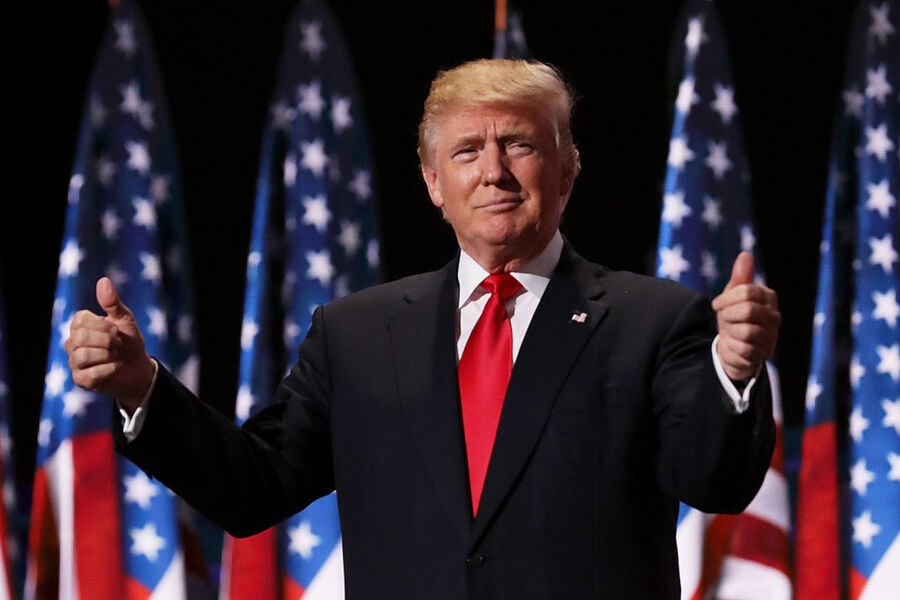 Trump also donated $7 million to his campaign and loaned it an additional $48 million, which he is unlikely to get back. Let's take a look at Trump's portfolio:

Trump has more than $2.2 billion worth of New York properties alone. 11 of his 28 assets are scattered throughout New York City with the most well-known being Trump Tower, a Fifth Avenue skyscraper that has a net value of $371 million. That's a drop of $159 million due to an estimated decline of 20 percent in the building's net operating income and an estimated 8% drop in the Manhattan commercial real estate market. Trump lives in the tower's three-story penthouse (worth $90 million on its own), and his decision to keep his family there during his presidency has already caused some controversy.

For another Trump asset, we have to do a little time travel. Back in 1994, Trump had property on New York's Upper West Side near the Hudson River. After the nearly 80-acre piece of land became riddled with debt, Trump sold it to a group of Chinese investors while remaining on as a 30 percent limited partner. Then, in 2006, the investors flipped the property for $1.76 billion. The proceeds were used to purchase 1290 Avenue of the Americas and the Bank of America Center in San Francisco. Trump sued his partners because he thought the tract was worth far more than its sale price. Fortunately for him, the courts disagreed, and the office and retail building is now one of Trump's most valuable assets.

Trump also has some property in the sports world, controlling the ground lease of Niketown through 2079. This is Nike's flagship store and it's right around the corner from Trump Tower.  He first got the retailer to rent the space in 1995. The property is in a highly desired part of town on 57th street and is among the highest revenue generators in Trump's portfolio. But Nike is planning to move out once its lease is up next May, so we'll have to see who follows in the company's footsteps.

Other New York properties that have declined this year include 40 Wall Street – which controversially drew headlines after 9/11 when Trump mentioned that his building was the tallest building downtown after the collapse of the Twin Towers – Trump Plaza, Trump World Tower, and the aforementioned Trump Tower penthouse. 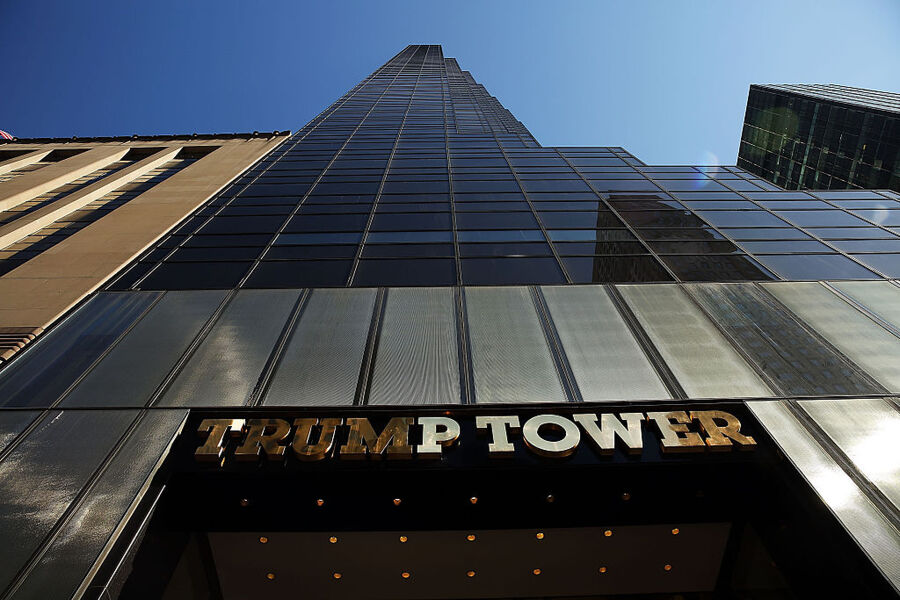 Trump's biggest New York earners this year include Trump International Hotel and Tower on Central Park West (up $21 million from 2015) and Trump Parc and Trump Parc East, nearly 40,000 sq. feet of condos, retail, and garage. He bought two buildings in 1981 that were overlooking Central Park. His goal? Demolish them to build a new skyscraper. However, there were still dozens of rent-controlled tenants in Trump Parc East. After a lengthy battle where tenants said Trump let the building fall into disrepair to the point of being uninhabitable, The Donald reached an agreement with tenants to convert the units into condos. A few of those original tenants still live there, as well as Trump's son, Eric.

The last part of Trump's New York portfolio is the Spring Creek Towers, the lone remaining asset from his father's portfolio, which at one point consisted of 20,000 Brooklyn and Queens apartments. Trump owns a 4% interest in this 46-tower government subsidized housing complex that has almost 6,000 units.

The other half of that deal Trump's Chinese investors made, produced 555 California Street in San Francisco, then-known as the Bank of America Center. Although San Francisco office space has generally decreased in value, this building has a higher net income, which has bumped Trump's stake up by $32 million.

Trump National Doral Miami increased in value this year, too. The golf resort is worth $25 million more than it was last year with a current net value of $169 million. Trump has also seen increased value from two Palm Beach, Fla. residences ($14.5 million net value) and a $9 million property in Beverly Hills. Trump Winery in Charlottesville, Va. has remained steady at $30 million net value.

Outside of those, the other assets in Trump's portfolio all lost money this year. Of course, they're still worth plenty, with Trump's International Hotel Washington D.C. being the worst offender. This structure, which is nearly 120 years old, has been redeveloped into a 263-room hotel. The total value of the hotel actually increased this year, but Trump's net value has gone down, as he's taken on $125 million in debt to complete construction.

Trump's cash and liquid assets have also declined by $97 million (the same drop in valuation as the D.C. International Hotel) to $230 million total. 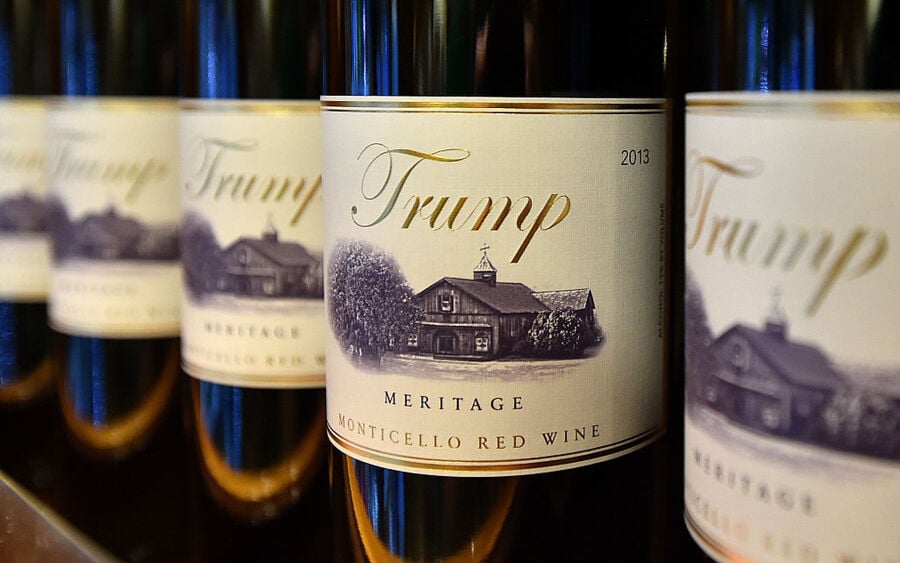 The remaining properties in Trump's portfolio include 10 golf courses scattered throughout six states and Washington, D.C. ($206 million net value); Ireland and Scotland golf courses ($85 million); the Mar-a-Lago private club where Trump had his wedding with third wife Melania in 2005 ($150 million); Trump Chicago ($119 million); Trump International Hotel Las Vegas, where the walls are allegedly encased in 24-karat gold glass (Trump's stake is worth $69 million); and Seven Springs in Bedford, a country home where Donald and Ivana Trump's children spent their summers ($19 million). The Seven Springs estate was also once the residence of Henry Heinz, founder of Heinz ketchup.

Finally, Trump's hotel management and licensing business has taken a huge hit, dropping $229 million from 2015. The company has about two dozen properties under its umbrella. Trump's organization actively manages some, while others simply pay him to use his name. The biggest reason for the drop is that the revenue from wholly-owned properties – such as Doral Miami and Trump Las Vegas – are no longer included in the valuation of Trump's management and licensing company.

Even though he's worth less now than he was in 2015, Donald Trump is still doing just fine, financially. It's a good reminder for anyone that a diverse portfolio of assets is the best way to build wealth.