It's been a good several months for rare blue diamonds: Late last year, the world's most expensive diamond was purchased as a gift for a seven-year-old girl, and now another ultra-rare blue diamond is going up for auction next month, where it's expected to shatter preexisting records for diamonds at auction on the Asian continent, according to a recent CNN report.

The jewel is known as the De Beers Millennium Jewel 4, and at 10.10 carats, it is reportedly the biggest oval-shaped fancy vivid blue diamond ever to make the Asian auction circuit, coming within two carats of the aforementioned Blue Moon diamond, which weighed in at 12.03 carats, before being purchased for $48.4 million in Geneva, Switzerland. 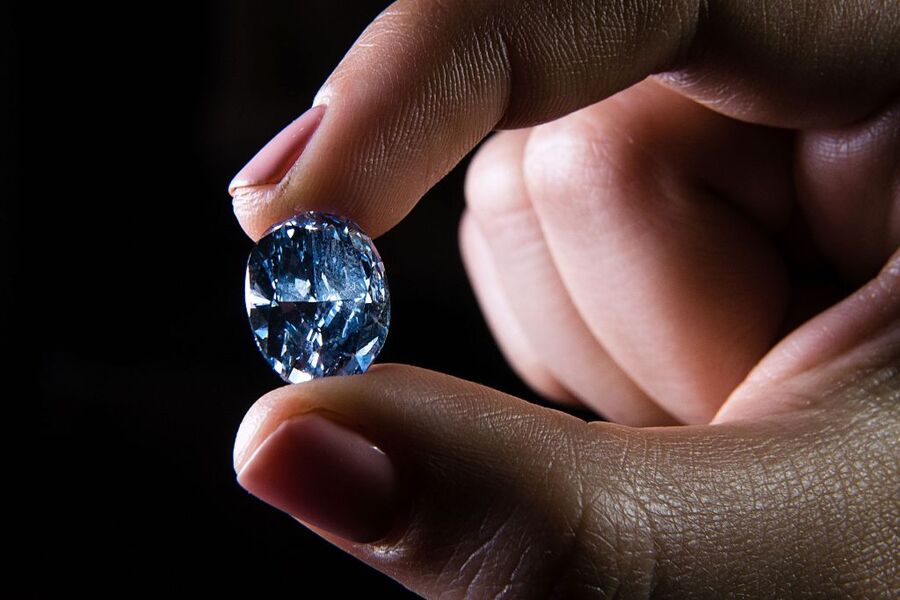 But the De Beers Millennium Jewel 4 is certainly no slouch. Analysts expect that the diamond will end up getting anywhere from $30 million to $35 million when it hits the auction block in April, which would make it the most expensive diamond ever sold at auction in Asia, even if it won't be quite the most expensive such diamond in the world. The Magnificent Jewels and Jadeite auction, which will include the De Beers Millennium Jewel 4, will be handled by Sotheby's, who bills it as "yet another wonderful collecting opportunity for connoisseurs worldwide." The auction will also include a host of other rare colored jewels, and all told, the rocks are said to be valued at around $96 million (or more, should a bidding war or two break out during the auction).

It will all go down on April 5th, when the De Beers Millennium Jewel 4 and its fellow, magnificent jewels will go up for auction at Sotheby's in Hong Kong, and until then, we can only speculate about just how valuable this massive blue diamond will actually turn out to be.

Interestingly, another famous blue diamond is also going up for auction next month, across the world from Hong Kong and in the United States. Unfortunately, as a 9.54-carat blue diamond ring formerly owned by Hollywood legend Shirley Temple, it's also expected to be worth in the neighborhood of $35 million, so it's not likely to be any closer to your price range than the De Beers Millennium Jewel 4 will be. You still have a week or so to save up, though.