A common experience when visiting an art museum or gallery that specializes in modern art is not understanding why an extremely simple work has an enormous price tag. Danish artist Jens Haaning has outdone even the modern art world with his latest project.

Kunsten Museum of Modern Art in Aalborg, Denmark, commissioned a piece from Haaning for part of their "Work It Out" exhibition, centered on the theme of modern day labor conditions. The museum intended for him to recreate an earlier piece made up of actual Danish and Austrian bank notes representing annual wages within the two countries.

To help Haaning create his piece, the museum provided him with the equivalent of $84,000 American dollars. Instead of delivering the agreed upon piece, Haaning delivered two blank canvases. The title he gave these two blank canvases?

"Take the Money and Run"

Here's one of the actual delivered works: 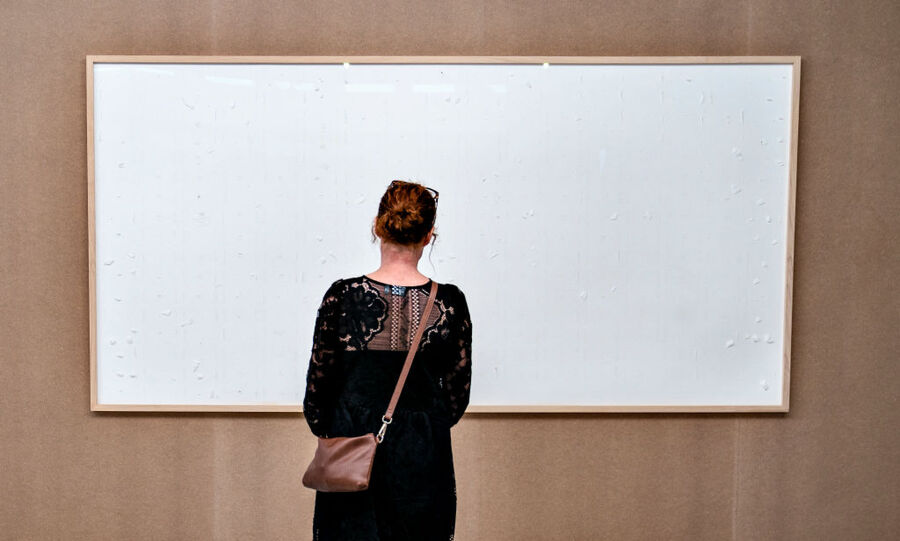 "The artwork is that I have taken the money…I encourage others who have just as miserable working conditions as I to do the same. If they are being asked to give money to go to work, then take the money and run."

The museum doesn't necessarily see things the same way as the artist, but a representative says they will wait to see if Haaning returns the money before the end of the exhibition in January. But Haaning says the only crime he's committed is a breach of contract:

For now, Haaning isn't telling anyone what he's done with the money, or where it might be located.