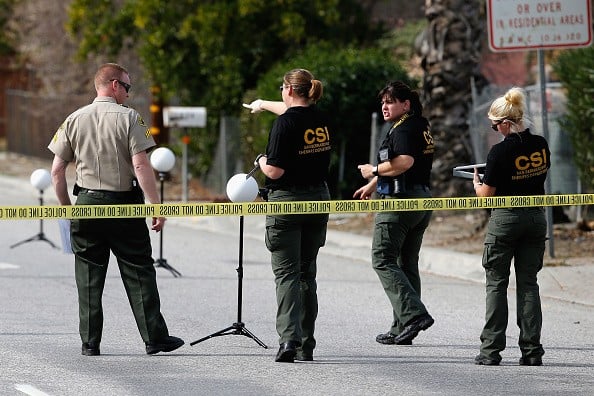 CSIs or forensic science technicians, collect, analyze, classify, and identify, physical evidence related to criminal investigations. CSIs perform tests on substances or weapons, such as tissue, hair, and fiber, to determine significance to an investigation. These technicians may be called to testify as an expert witnesses regarding evidence or crime laboratory techniques. Technicians may also serve as specialists in their area of expertise, such as fingerprinting, handwriting, ballistics, or biochemistry.

Subdivisions of Forensic Science include:

* Forensic anthropology studies the application of physical anthropology the recovery and identification of skeletonized human remains in a legal setting.

* Forensic chemistry studies the detection and identification of illicit accelerants and drugs used in arson cases, gunshot and explosive residue.

* Criminalistics uses the application of various sciences to answer questions relating to comparison and examination of impression evidence (such as fingerprints, footwear impressions, and tire tracks), biological evidence, ballistics, firearm and toolmark examination, controlled substances, trace evidence, and other evidence in criminal investigations, with evidence typically processed in a crime lab.

* Forensic dactyloscopy studies fingerprints for identification and evidence in cases.

* Forensic DNA analysis studies the uniqueness of an individual's DNA regarding placing a suspect at a crime scene, e.g., in a rape investigation, or for paternity/maternity testing.

* Forensic odontology studies the uniqueness of dentition, aka the study of teeth.

* Forensic pathology studies the principles of medicine and pathology when applied to determine the cause of death or injury in a legal setting.

How much does a CSI/Forensic Science Technician make per hour?

A May 2009 Bureau of Labor Statistics report shows the median hourly wages for CSIs was $26.47.

How much does a CSI/Forensic Science Technician make per year?

The median yearly salary for CSIs according to a May 2009 Bureau of Labor Statistics report was $55,070.