Crime Of The Century: Three Arrested For Stealing $1 Million Worth Of Eels

By Joseph Gibson on September 3, 2016 in Articles › How Much Does

It sounds like the work of a fish-themed supercrook on the old Batman TV series, but it didn't happen in Gotham City, but in Brooklyn: A heist of stolen eels worth a total of $1 million. ABC 7 in New York reports on the crime, which was committed back in June but only recently resulted in an arrest.

Wei Da Li, Sheauloon Yat, and Fa Deng, rather than The Penguin, are the culprits, who are said by authorities to have absconded with the shipment of eels from an Elizabeth, New Jersey shipping terminal using falsified documents. After that, they got the shipment into Brooklyn, where it remained in cold storage until a police sting operation led the NYPD to a warehouse almost half of the stolen eels (where the rest of the shipment is is still a mystery). 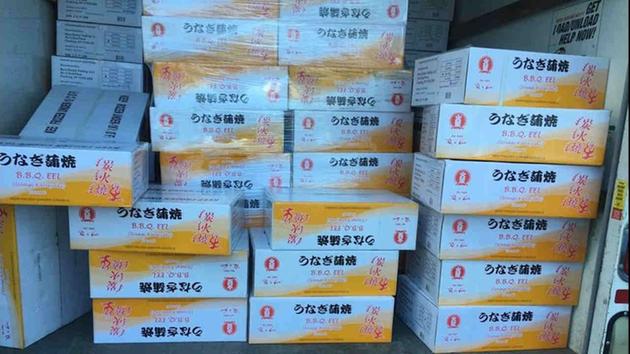 In case you're wondering what a million dollars worth of frozen eels looks like, it's 2,000 boxes that were shipped to New Jersey from China. They're worth a little over a million – $1,040,000, to be exact – and their rightful owners are the Mars Global Trading company based in Flushing, New York. The people at Mars agreed to participate in the aforementioned sting operation, somehow communicating with the criminals and agreeing to buy back 200 of the boxes – but instead of an eel-egal profit, the three eel-icit individuals were arrested on charges of criminal possession of stolen property.