How Much Money Has Lady Gaga Made From Touring, So Far?

One of the most captivating stars of this century, Lady Gaga and her "little monsters" will certainly one day play a prominent role in musical history. Although she is a highly talented vocalist, the artist's live shows are the lifeblood of her movement. Indeed, a highly controversial figure in recent history, the artist has almost as many antagonizing cynics, as she does adoring fans. So, being that she remains one of the most enthralling performers of this age, how much money has Ms. Gaga made from touring? That's an excellent question…

The first, and arguably one of her most awesome tours, the Fame Ball Tour is what launched Gaga's career and introduced her often kitschy brand of madness to the world. The show consisted of four segments which were separated by cryptic video messages with an eerie, almost robotic Gaga spouting off about achieving her ultimate goal: fame. Clearly a great effort of Gaga's part, the tour made $3.15 million in all.

What a difference a year makes. In 2009, Ms. Gaga went on her second tour. Highly theatrical (as per usual) this tour certainly kicked things up a notch. A truly epic experience (as told by the vast majority of her fans), the artist described the stage show as the "first-ever pop electro opera" according to the Rolling Stone. What's more, the tour received critical acclaim and solidified her as a serious contender in the music industry. The icing on the cake? The tour outsold the first one by leaps and bounds. A monster hit, this Monster Ball made a total of $227.4 million! 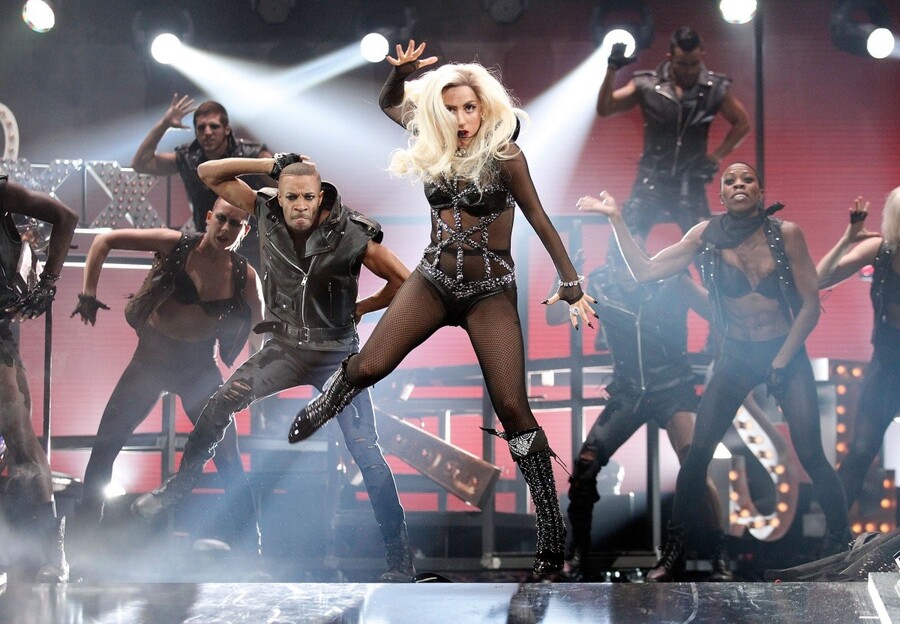 A 98-date tour, this show was undoubtedly one of the most successful tours in 2012/2013, as well as her career as a whole. Tasked with living up to the heights of her previous, insanely successful endeavors, the Born This Way Tour acted as a manifesto for Gaga, her "little monsters", and all others who dare to boldly embrace their differences. The pinnacle of her career thus far, the tour grossed $382.3 million!

The fourth and latest of Gaga's musical events and her most artistic tour to date, the visuals and cinematics of this show have been virtually unmatched. A highly innovative show, the stage set-up included two catwalks made from translucent lucite which allowed fans to move freely underneath the stage while still being able to watch the show. Complete with her crazy, custom costumes as well as her stellar vocals, although this tour did not surpass the earnings from the Born This Way Tour, it still managed to amass $257.1 million!

With a total of $869 million grossed from her tours, it's no wonder the now more subdued artist is still sitting on $230 million. Now engaged to actor/model Taylor Kinney, and exploring other musical genres, it looks like the artist is once again poised to increase her net worth, simply by being her crazy, crooning self.