By some measures, more cocaine all over the world comes from Colombia than any other country, so one can imagine – if one has a healthy enough imagination – how much cocaine it would take to require a change to the Colombian police record books. Reuters reports that a cocaine bust in Barranquilla, Colombia came close to doing just that, weighing in at 6 metric tons, and ranking as the country's third largest drug bust in the final analysis.

The shipment seized by authorities was the property of several different narcotics trafficking organizations, according to Colombian Defense Minister Luis Carlos Villegas. Had it made its way to its intended destination in Spain, it would have eventually been worth a total of 200 million euros, or over $213 million. The seizure is only the latest in an extremely busy year for Colombian narcotics police, who've seized a reported 103 metric tons in the first quarter of 2017 alone. Last year was a record-breaking year in the same sphere, with a total of 378.3 metric tons of cocaine seized. 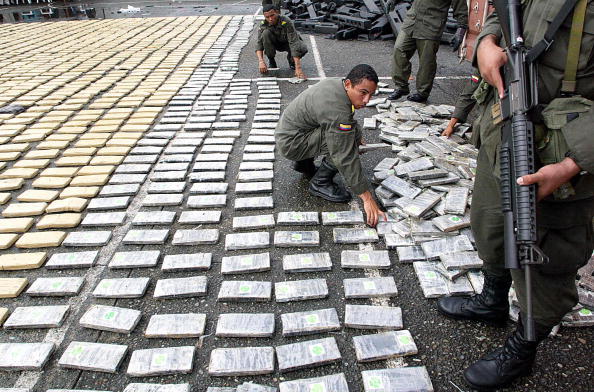 The current national record for the largest single bust also happened in 2016, when authorities grabbed eight metric tons of cocaine in May. It logically follows, then, that 2016 was also reported to see record highs in production of cocaine's base ingredient coca within the country, and if production continues to boom it probably won't be long before that eight-ton record is handily surpassed.