A record-breaking cocaine seizure was made by police in Colombia recently, as reported on by the BBC. On November 8th, authorities confiscated 12 tons of cocaine that was buried under four banana plantations in the northern region of the country. That hiding spot was ideal for narcotics traffickers, since it's adjacent to smuggling routes that would have ultimately transported the drugs into the United States, had the authorities not intervened.

The 12 tons of seized cocaine makes the seizure the biggest in the history of Colombia, which isn't exactly a quiet, un-storied narrative in the field of narcotics. Colombian President Juan Manuel Santos told reporters about the milestone, which happened at the expense of Dairo Úsuga, alias Otoniel head of the powerful Colombian drug trafficking gang known as Gulf Clan. 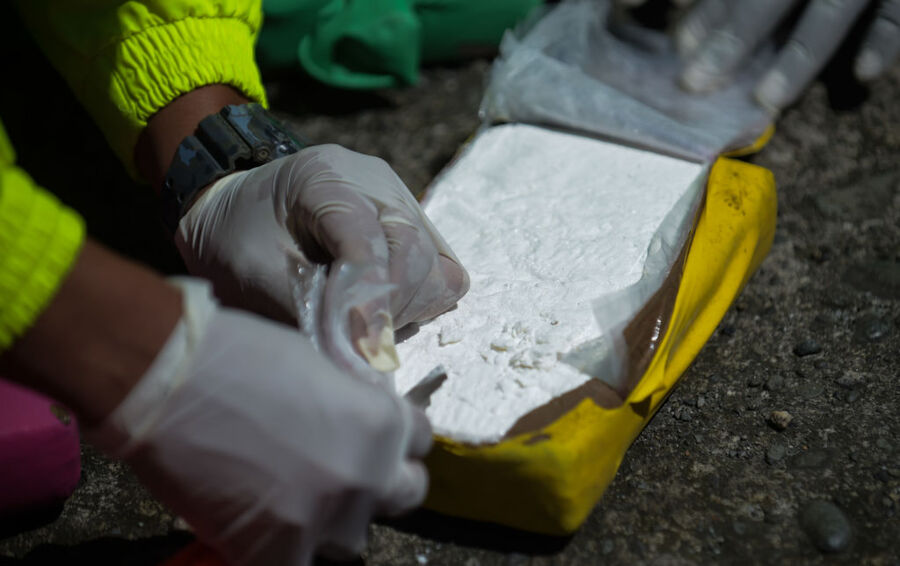 While police were able to take an unprecedentedly large bite out of Otoniel's drug stash, they are still on the hunt for the gang leader himself, who has reportedly been a fugitive for years. Four other people alleged to have been working for Gulf Clan were arrested in the bust, however, and in September Otoniel told the Colombian government he was interested in beginning the process of turning himself into the authorities.

That might have something to do with the fact that since the beginning of 2017, more than 1,500 members of the Gulf Clan have been arrested by police, and the gang's second-in-command (known as "The Hawk") was killed in an altercation with security forces back in September. The seizure was only the latest in a very busy year for Colombian police – they've seized 362 tons of cocaine this year, and 20 tons in Antioquia in the last two months alone.

In case you're wondering exactly how much those 12 tons of cocaine are worth, police estimate its value at around $360 million.