How Much Did the Clintons Make From Paid Speeches in 2015?

Democratic presidential candidate Hillary Clinton may not have Donald Trump's way with words, but that doesn't mean people around the world don't want to hear the potential first woman president of the United States speak.

According to financial disclosure forms submitted to the Federal Elections Commission on Tuesday, Clinton made $1,475,500 on six paid speeches in 2015. The speeches included three in Canada, two in California, and one in New Jersey. She earned $315,000 for giving a speech to eBay a month before her April presidential announcement, and $260,000 for a speech to the American Camp Association – her final speech before declaring her candidacy.

The former first lady and secretary of state also earned more than $5 million in royalties from her book Hard Choices. 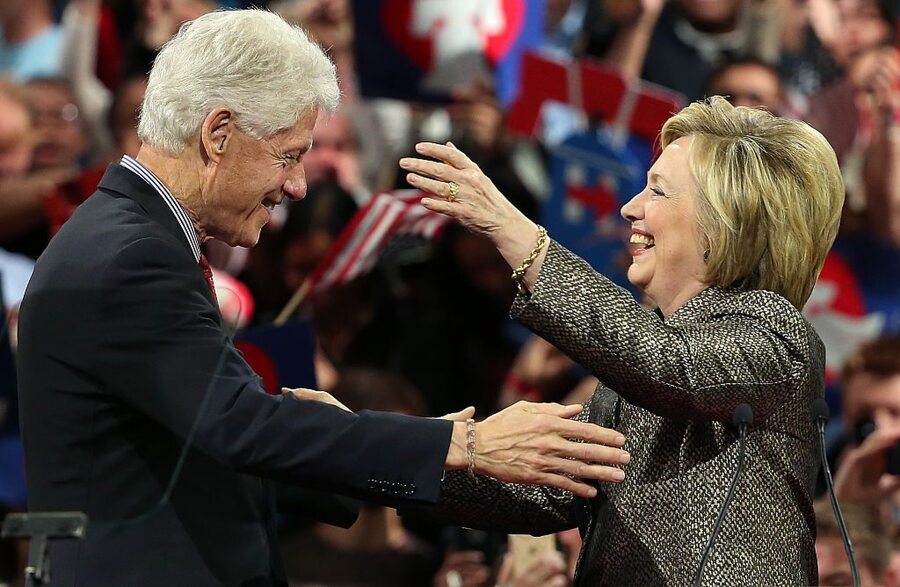 The numbers show that Clinton earned more for speeches in 2015 than her potential Republican rival, even as she slowed her paid-speaking schedule in preparation for her campaign. Trump's financial disclosure listed only four paid speaking engagements totaling $800,000. While he declared his candidacy in mid-June, Clinton announced her run months earlier in April.

But the speaker people are really willing to spend money on is former president Bill Clinton. He delivered 22 paid speeches in 2015 for $5,250,000. These speaking engagements were before domestic trade groups and companies, including a $250,000 question-and-answer session in New York for the Spanish language network Univision.

Besides paid speeches and royalties, Hillary's financial disclosure also shows that most of her personal wealth is held in a Vanguard 500 Index Fund and a separate JP Morgan Custody Account. Both are valued at between $5 million to $25 million.

The attention given to the Clintons' financial picture has paled in comparison to the scrutiny given to Trump's asserted income and net worth. Personal financial disclosures are a familiar practice for the public-sector couple after spending decades in office as president/first lady and secretary of state. Hillary Clinton also hasn't made her personal finances a staple of her presidential bid the way Trump has.

But many have criticized her past paid speaking engagements as a demonstration of a potential conflict of interest. Clinton's democratic rival Bernie Sanders has pressured her to release transcripts of the paid speeches she's given to Wall Street firms. From 2001 to 2014, Hillary made $1.8 million from eight speeches to Wall Street banks.

Some of the Clintons' speeches don't even need transcripts to be controversial. According to the Wall Street Journal, while serving as secretary of state, Hillary Clinton helped UBS, Switzerland's largest bank, broker a deal with the IRS and that favor was returned donations to the Clinton Foundation and speaking fees for Bill. While the Journal's reporting has been criticized, the story added fuel to the already burning fire surrounding Hillary's ties to Wall Street.

The Democratic candidate's recent financial disclosure does show paid speaking engagements before financial groups in 2015. Bill Clinton listed a February 2015 appearance in Nashville before the infamous UBS. Hillary Clinton disclosed speeches before the Canadian Imperial Bank of Commerce with a price tag of $150,000 in January 2015. Her other two speeches in Canada were co-sponsored by the bank.

It would be great to know what they said in these speeches, but the transcripts are probably very expensive.