If the name "Hamdi Ulukaya" isn't familiar to you, there's still a chance you're familiar with the man's work. That's because Ulukaya is the founder and CEO of Chobani Inc., the Greek yogurt brand that grosses around a billion dollars in sales every year of late, some of which managed to end up in the boss' pocket – if Ulukaya's $1.5 billion net worth is any indication. But it's not for Greek yogurt that Ulukaya is making headlines lately, or for any conventional business venture. It's quite the opposite, in fact, since Ulukaya is the latest billionaire to sign up for Warren Buffett's "Giving Pledge" through his new charitable foundation, Tent.

Tent will focus on the needs of homeless refugees throughout the world, presumably, given the implication the name of the organization conveys. In a statement on the genesis of the foundation, Ulukaya said: "I dedicate my signing of the Giving Pledge to my mother and I am publicly committing the majority of my personal wealth… to help refugees and help bring an end to this humanitarian crisis." Apart from that worthy goal, it's all part of a pledge cooked up by the people's billionaire, Warren Buffett, who, along with Bill Gates has spent the better part of his later career trying to convince his fellow billionaires to give most or all of their money away to worthy causes, rather than just their kids' trust funds. It's a very cool idea (as long as you're not the lazy offspring of a billionaire), and so far, more than 130 individuals or couples have signed on for the pledge, which states that the signer agrees to give away at least half of their fortune to some charitable cause, either before or after their deaths as stipulated by their wills (other signers of the pledge include former mayor of New York City Michael Bloomberg, Facebook founder Mark Zuckerberg, Netflix CEO Reed Hastings, Spanx CEO Sarah Blakeley, Star Wars movie maverick George Lucas, businessman Ted Turner, and many more). 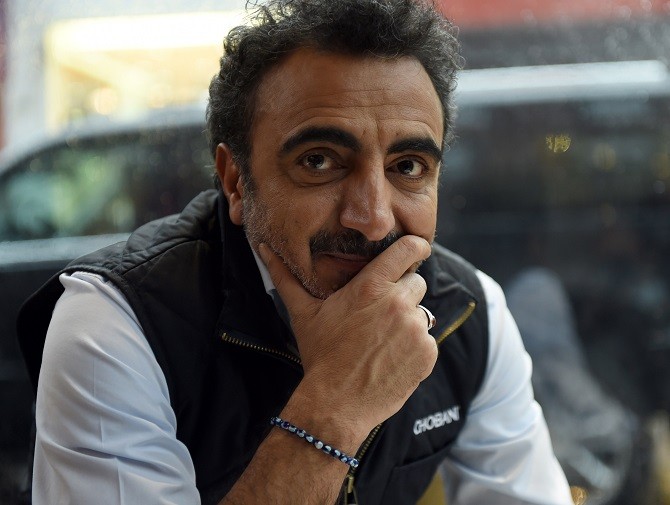 Hamdi Ulukaya was an ideal subject for the Warren Buffett Giving Pledge, having earned his massive fortune on the basis of a Small Business Administration loan, shortly after he immigrated to the USA, back in 1994. Given that, it's understandable that he'd be eager to give some of his $1.5 billion back – and unlike Buffett, who's in his mid-80s, Ulukaya, who was born in 1972, is still relatively young. So his pledge to give away half of his money becomes a little more impressive, especially since he appears to be taking a proactive approach toward his pledge with the establishment of the Tent foundation.

Hopefully, for the sake of the world if not the sake of billionaire children, more billionaires out there will follow Ulukaya's lead and pledge to give away a big chunk of their fortunes. And maybe all the aspiring billionaires out there will start looking forward to giving away massive amounts of their hypothetical money to the dream cause of their choice, instead of just endless yacht parties and buying expensive watches – the cool thing about having billions of dollars is that you can afford to do both.