Over the past week, Chinese President Xi Jinping pledged to spend a massive $124 billion on a new Silk Road plan to cement the future of global free trade, peace, and inclusiveness going towards the future. The plan helps to boost China towards a position as a global leader in an open world economy. Formerly known as the Belt and Road initiative, the plan will expand trade infrastructure between Asia, Africa, Europe, and beyond. It will encourage the development of systems and rules for trade across the globe.

Xi pledged to boost funding into the new Silk Road Fund, which included loans from policy banks and aid money for developing countries along the new trade routes. China also promised to encourage financial institutions to expand their overseas yuan fund businesses. He did not give a time frame for the loans, aid, and funding. China plans to import $2 trillion worth of products from participating countries over the next five years.

A total of 29 countries attended the forum, as well as the heads of the United Nations, International Monetary Fund, and World Bank. Britain's finance minister and the prime minister of Pakistan praised the new Silk Road plan. India refused to send a delegation after China developed a $57 billion trade corridor through Pakistan that crossed the volatile Kashmir territory. 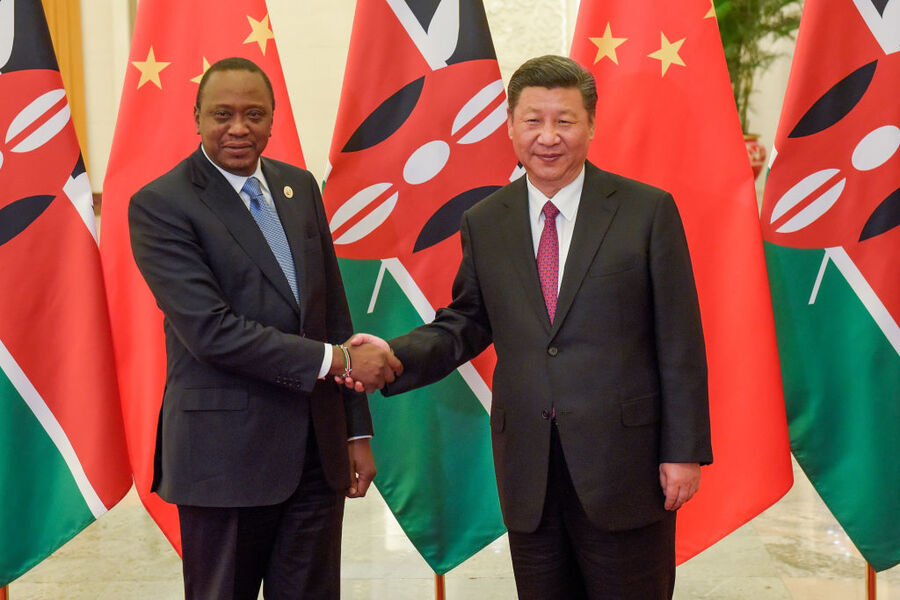 Some Western diplomats are wary of the deal, both for the position it affords China and the potential lack of transparency. Xi said the Silk Road would be open to all, including both Africa and the Americas, which are not situated on the traditional Silk Road. Even North Korea was present at the forum but maintained a low profile.

The projects and investments along the new land and sea trade routes will need companies to assist their governments in developing and sustaining resources. Finance ministries from 27 of the attending countries approved principles that will guide funding along the route. Germany called for more transparency before they were willing to sign off.

Chinese state-run media covered the summit extensively and created a number of promotional videos for the plan.